The Protea Magistrates Court heard that the accused attempted to commit suicide for the second time. 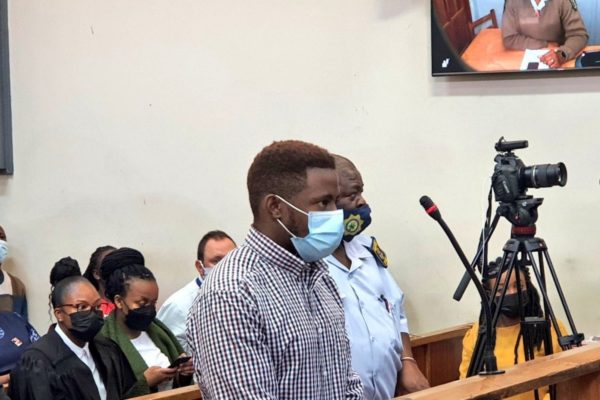 The Protea Magistrates Court has postponed the case against 26-year-old Flavio Hlabangwane to 30 November 2021. Picture: Twitter/@jozifm

The murder case against a 26-year-old Soweto man linked to body parts discovered in his fridge has been postponed to 30 November.

Flavio Hlabangwane was back at the Protea Magistrates Court on Monday morning, where the court heard that he attempted to commit suicide before his second appearance.

This is the second time that Hlabangwane has tried take his life since his arrest on 13 November.

During the court proceedings, the accused abandoned his bail application, while his legal counsel lodged an application for him could undergo a mental assessment.

“We believed that [the application] is in the interest of justice for the accused to undergo this mental assessment,” she said.

Mjonondwane also indicated that a report would be compiled on whether Hlabangwane is fit to stand trial, once the assessment is complete.

The court, meanwhile, ordered that the he be placed in the hospital section at the Johannesburg Prison.

When Hlabangwane, who faces a charge of murder, first appeared in the dock, the case was postponed to allow for him to seek legal representation.

He was arrested following the discovery of body parts stashed inside his refrigerator in Protea Glen, Soweto.

Police spokesperson Brigedier Brenda Muridili told TimesLive that the torso and head has not been found and that police are awaiting a forensic report on the limbs for identification.

“So far there is no update on that side of investigation as the accused is also still being profiled. The case has been taken over by provincial occult-related crimes investigators but the motive for the killing is still under investigation,” she said.

The dismembered woman is believed to have been Hlabangwane’s cousin.

According to the victim’s sister, Hlabangwane was in a relationship with her for a period of five years.

She told SAfm in the interview that the Hlabangwane was abusive in the relationship.

“The relationship was very violent because there were some points whereby whenever I would call my sister, sometimes she would disclose to me that Flavio would choose what she wears and monitor where she goes,” the sister said.