Case against 42 Zuurbekom church massacre suspects struck off the roll

While the Jerusalem branch is grateful that 'justice has prevailed', it has called on the NPA to open an inquest into the death of the five church members. 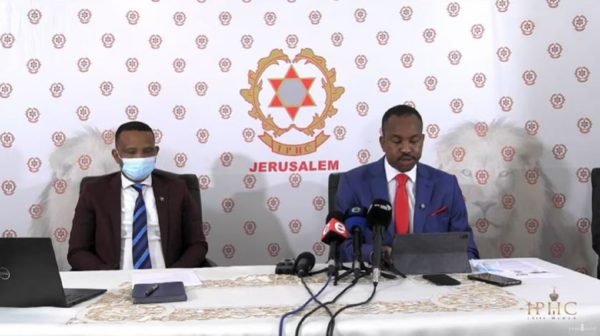 The case against 42 members of the International Pentecostal Holiness Church (IPHC) Jerusalem branch accused of being involved in the Zuurbekom branch attack that left five people dead in 2020 has been struck off the roll.

This was confirmed by IPHC Jerusalem spokesperson priest Vusi Ndala who addressed the media on Thursday.

“We have previously communicated that it was ridiculous for our members to be arrested for the murder of people who were also known, valuable members to us. One struggles to follow the logic behind the arrests but on several occasions, the IPHC at Jerusalem vehemently denied involvement in the gruesome killing of five IPHC Jerusalem members in the wee hours of 11 July 2020 at the Zuurbekom branch of the IPHC in Westonaria,” said Ndala.

According to Ndala, the accusations that followed the murders were “baseless, irrational and unwarranted”, and only served to pursue the church;s ultimate leadership battle at the expense of Jerusalem branch leader Mike Sandlana.

“The lack of evidence in court, after almost two years of court proceedings, has vindicated the IPHC at Jerusalem and our father in particularly as he was placed as the central figure in the bloody leadership battle.

While the Jerusalem branch is grateful that ” justice has prevailed”, it has called on the National Prosecution Authority (NPA) to open an inquest into the death of the five church members.

“Our father will not rest until the killers of the children of our father are put behind bars. Our plea to the NPA is that all those that were present in the scene and have the knowledge about the incident must appear before the judge that will be appointed for the death inquiry.

“We are appealing that justice must be served to the families that lost their loved ones.”

On 11 July, the church came under attack from armed men who stormed its premises in Zuurbekom, West Rand, which resulted in five people being killed, four of them set alight and two vehicles torched.

A number of people including women and children were taken hostage by the gunmen. They were later freed by police Specialised Task Force members.

The gates of the church headquarters were damaged and police collected more than 300 spent cartridges on the scene.

They also recovered a number of weapons, some of which unregistered.