Judge Makgoba: ‘I didn’t say sh*t in my judgment’ 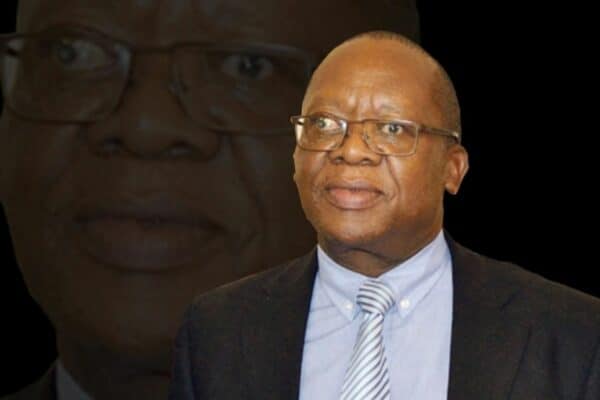 Makgoba landed in hot water over the alleged use of foul language in that judgment, where he handed hefty sentences to former Marble Hall police constable David Papiki Komane and four accomplices, for an R11 million heist at the G4S cash depot in December 2015.

Now it appears the electronic judgment contained a transcription error- which was highlighted when the matter was escalated to SCA Judge President Mandisa Maya.

Makgoba’s statement follows a Supreme Court of Appeal ruling handed down on 20 April 2022, in the same matter, which had been over the years taken up, unsuccessfully, on appeal.

Judge Mbatha JA stated that Makgoba, as the presiding judge in court referred to a defence witness as follows: ‘It is s**t”.

Mbata said, “Assuming that this transcription is accurate, it warrants this Court noting its disapproval.”

Now Makgoba says the court transcribers made an error because the alleged phrase did not make sense when read in context.

“Surely the transcribers did not hear my voice clearly on the recording but instead ascribed the recording to have said: “It is sh..t”.

Advocate MJ Ngoasheng, who represented the suspects at the trial and Advocate Abel Koelepe, denied that Makgoba used improper or foul language when delivering judgment.

“I wish to further put it on record that my judgment was delivered ex-tempore. The transcribed record of proceedings in the Court a quo was submitted to the Supreme Court of Appeal without my transcribed judgment being submitted to me for editing and signing off,” he said.

“Had that been done I would surely have picked up the error in the transcription and taken it up with the transcribers. It is unfortunate that my unedited judgment was put before the Appeal Court without being corrected,” he added.

Makgoba said he didn’t blame Mbatha for her comments in the Appeal Court judgment because the comments were made on the assumption the transcription is accurate.

He did, however, take issue with the fact that Mbatha had not asked him about the alleged foul language before writing her judgment.

“This unfortunate and regrettable error could have been corrected.

“As a judicial officer, I cannot and will never stoop so low as to utter or use foul language in Court or at any forum for that matter.

“The publicity that followed this SCA judgment has damaged my integrity as a Judge and put the judiciary into disrepute,” Makgoba said.

Makgoba has since sent copies of media reports about the inaccurate judgment in support of his claim of a damaged reputation and is requesting the five Judges who sat on the appeal in the matter, be informed of the error and requested the mistake be corrected.