President Cyril Ramaphosa will now make the call on whether to appoint the judge. 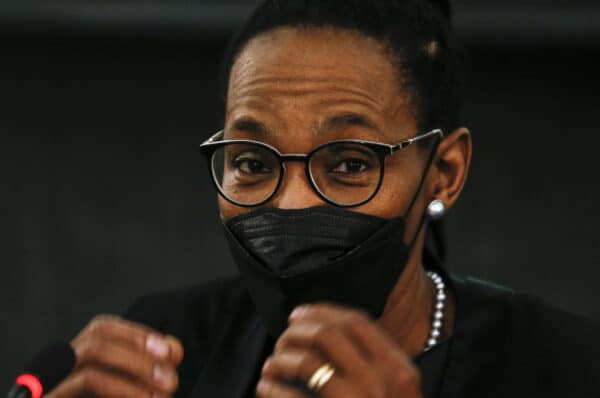 The JSC on Monday interviewed Maya as the sole candidate for the Deputy Chief Justice position.

Following the conclusion of the interview, the JSC panel decided that Maya was the suitable candidate.

“The JSC interviewed her and has since deliberated on the matter. The JSC [has decided] to advise the president that [Justice] Maya is suitable for appointment as the Deputy Chief Justice of the Republic of South Africa,” Tshepe said.

Maya was previously interviewed in February for the Chief Justice position and was recommended by the JSC for the then open slot.

But Ramaphosa announced the appointment of Raymond Zondo as Chief Justice in March.

At the same time, the president announced his intention to nominate Maya as Deputy Chief Justice.

Ramaphosa formalised Maya’s nomination in a letter to the JSC on 7 April, requesting the JSC’s views on her suitability for the position.

During Monday’s proceedings, Maya was asked by  Economic Freedom Fighters (EFF) leader Julius Malema about what she would do regarding leaks in the judiciary.

“It’s an extremely serious problem” Maya responded, adding that judges needs to put their heads together to prevent these leaks.

Last Friday, the judges and administration staff of the Constitutional Court (ConCourt) were cleared of leaking Mkhwebane’s rescission application, after Chief Justice Raymond Zondo’s office indicated earlier this month that an internal investigation was close to completion.

Maya has been described as a trailblazer in the judiciary due to her impressive track record.

If appointed as Deputy Chief Justice, she will be the first woman to hold the position.

Maya received three honorary doctorates and is currently the Chancellor of the University of Mpumalanga.