About 70 Intercape bus passengers were left traumatised after they were robbed at gunpoint in the early hours of Friday morning. 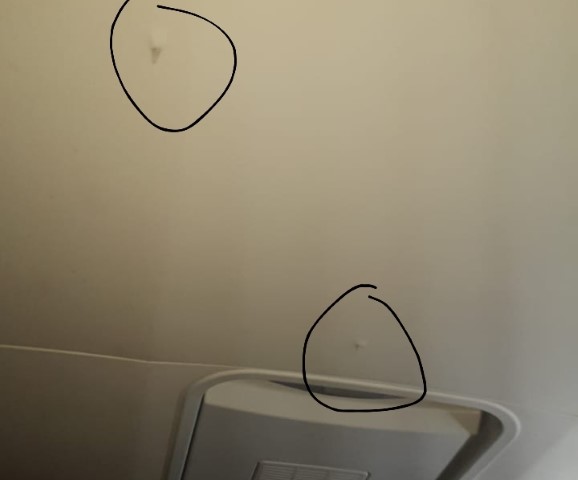 Two shots were fired into the ceiling of an Intercape bus. Image: Lowvelder

An Intercape double-decker bus was travelling from Maputo to Johannesburg via Mbombela when it was hijacked by five armed suspects near Delmas on the N12, reports Lowvelder.

Dina Maguire boarded the bus in Mbombela to travel to Johannesburg. She said she still fears for her life as she has been receiving strange phone calls since the incident.

Capt Peter Tebeila confirmed that the driver was distracted by a sedan which drove too close to his bus. “One of the occupants signalled to the driver to stop, waving a firearm at him. He stopped the bus and the thugs’ vehicle stopped in front of it.”

According to Tebeila, there were five men who spoke isiZulu. Two of them entered the lower deck and two the upper deck of the bus. He said they ordered the passengers to hand over their valuables, ranging from jewellery to laptops and cellphones, including the driver’s cellphone and watch.

Maguire was sitting right at the entrance to the bus by the driver, and says one of the attackers grabbed her first. “He put a gun in my mouth and said, ‘If you don’t do what I say, I’m going to kill this white bitch’.”

She said as the attackers went through the rows of passengers, if they did not hand over their phones, laptops and cash quickly enough, they would get punched or hit with the butt of a gun.

The men wore gloves and were carrying handguns, she added.

“They went through every single part of the people’s hand luggage. The whole ordeal must have been about 45 minutes. I could see only one vehicle and I could see it was a white minibus taxi.”

Another passenger Lungi Mdluli, hails from KaBokweni. She was travelling to Johannesburg with her daughter. They sat upstairs.

Mdluli was taking a nap when she heard people saying, “We want money, don’t look at us.”

She said they started with those sitting in the front. “They slapped the one gentleman. They also punched my daughter.”

As the robbers worked their way to the passengers in the back, some of the people tried to hide their valuables.

“I was hiding mine in my underwear and covering myself with a blanket. Then they fired two shots in the bottom of the bus into the ceiling, right next to me. I gave them some of my cash and cellphones.”

Mdluli added that two people on her deck were carrying US dollars.

“This thing was planned,” she said. “What kind of hijackers would let people hide things? They were looking interested in the dollars.”

Tebeila said the attackers ordered the driver to continue driving. At the Delmas and Bronkhorspruit intersection, the driver was ordered to stop and the thugs got off.

“Eventually when they left, I had hidden a phone in my bra so I phoned the Intercape bus company number to tell them,” Maguire said. “The woman phoned the police for us who arrived soon afterwards. They escorted us on the wrong side of the highway back to the nearest police station.”

The passengers were asked to make to police statements.

Intercape Media confirmed the incident. The statement said that a case was opened at the Delmas Police Station ,and Intercape would give its full support to the investigating officers.

Intercape confirmed that no one was hurt in the incident. “We can also confirm that we do not have insurance for such terrorist attacks.”

According to Tebeila, at the time of going to press, the suspects’ whereabouts were unknown.