The karate instructor at Shotokan Karate International South Africa was socialising with friends at the hotel when an alleged argument broke out. 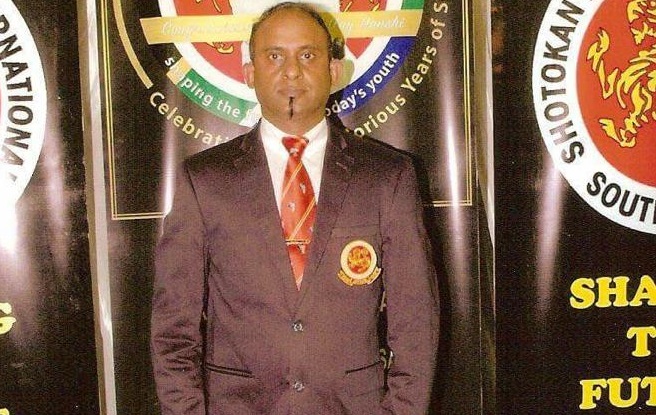 Communications officer of the eThekwini Inner South cluster, Cpt Cheryl Pillay, confirmed that police are now investigating a case of murder after 53-year-old Dheenadayalan Reddy, who was allegedly assaulted in Hotel Savera, passed away in hospital on Tuesday night, reports Rising Sun Chatsworth.

The karate instructor at Shotokan Karate International South Africa, fondly known as Dheena or Selvan, was socialising with friends at the hotel when an alleged argument broke out.

He had been hospitalised and was in a critical condition since the incident on March 2.

“May God’s peace and strength be your comfort during this time,” he added.

Meanwhile, the manager of Hotel Savera, Avesh Ramkissoon, said: “We are very sorry to hear of Mr Reddy’s passing. We would like to convey our deepest condolences to his grieving family. This was a tragic incident. We have offered full cooperation to the police and have recovered and shared footage of the incident with them.”

He added: “For the record, the incident happened very quickly, literally in a few seconds, and our security and management rushed to the scene immediately. As the manager on duty, I personally attended to the situation.”

Ramkisson explained that he attended to Reddy while security tried to apprehend the assailant, who fled.

“I gave Reddy some water and sat with him for several minutes. I asked if he was okay and if he needed medical assistance, but neither his companion nor Reddy indicated he needed further help and after recovering, Reddy continued gambling,” he stated.

Ramkissoon further explained: “Reddy then left the hotel and personally drove off about two hours later. It was only later that we were informed that he had been hospitalised. I was quite shocked when I heard of this. All I can say is that we are deeply saddened by this loss and will continue to assist with investigations, going forward.”