The incident took place in the Polokwane CBD, and one suspect was arrested. 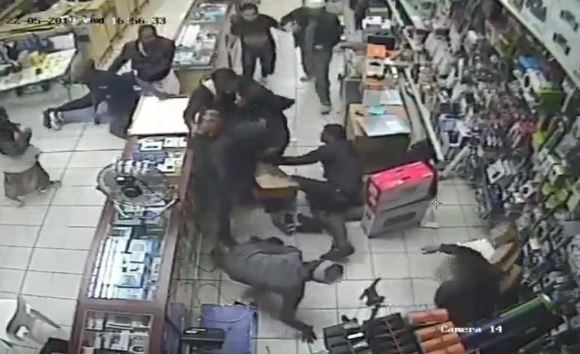 A group of men who attempted to rob a foreign-owned cellphone store in the Polokwane CBD on Wednesday afternoon got more than they bargained for when the would-be victims overpowered them and took matters into their own hands, reports the Polokwane Review.

In the video uploaded by Intelligence Bureau SA’s Facebook page, the men can be seen with balaclavas, instructing those in the store to lie on the floor.

As the men approach, one of the robbers, armed, walks behind the suspect, huddles over him and steers him to a corner of the store, where they can be seen hitting and kicking him.

Police spokesperson Col Moashe Ngoepe confirmed the incident to the Review, saying it occurred in the CBD and that one suspect was arrested and a firearm recovered.

“There were three suspects but two managed to escape,” he concluded.