Inside Krugersdorp’s house of sex and drugs horrors

The Human house has been a headache for the residents of Wentworth Park for long enough and they want something to be done about it. 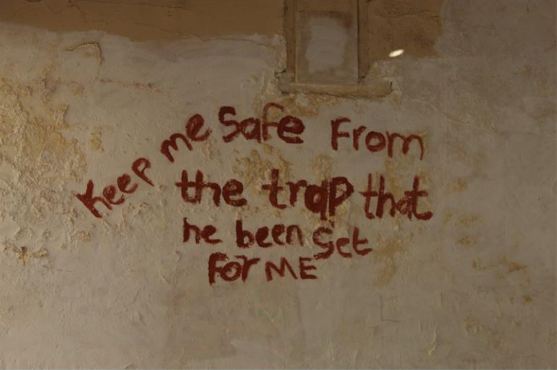 Number 041 Human Street is known as the Human house, but inside, evil and criminality lurk. Not only is it used as a shelter for those who have nowhere else to go, it is also reportedly being used by drug-users and sex-workers to conduct their business, Krugersdorp News reports.

When the publication’s journalists visited the house, which boasts an impressive wrap-around stoep, several bedrooms, two fireplaces, numerous entertainment rooms, a cellar and a complete set of outbuildings, they met 21-year-old Donald Mbele, who has been living there for the past three months.

Not only is the house a magnet for people of dubious character and criminal activities, but according to a photo sent to the News, the house is also in arrears to the tune of R191,480,37 for electricity and water.

Ward councillor Christo Kotze believes that some criminal elements from Sivewright Street have moved into the house.

“I have to be worried for the residents in my ward,” he said.

According to reports, the owner of the Human house originally wanted to restore it, but after it was left empty for a while, it was broken into. It was then stripped of all taps, fittings, cables and pipes. Allegedly, after failing to pay the security guards employed to look after the house, it was later taken over by vagrants and left to become the horrendous sight it is today.

The News was made aware that personnel from EPR Security had recently gone into the house and had arrested a few people whom they then handed over to the police.

EPR’s management explained that their officers had in fact been chasing thieves who were suspected of cable theft. They were chased into the Human house and EPR personnel went in after them. Once inside they found drugs as well and arrested not only the cable thieves but also the drug-users. The arrested suspects were then handed over to the Krugersdorp Police to take the matter further. The house has been abandoned for a while. Photo: Natasha Pretorius.

The Krugersdorp Police responded by saying that they had no arrests on record for the date that was mentioned and they also had no complaints about 041 Human Street. They explained that the police did raids on vandalised houses during their routine patrols and they were not allowed to take anyone’s property.

“The police have raided the house several times and there were no occupants in the house. They found nothing inside the house,” said the statement from the Krugersdorp Police. 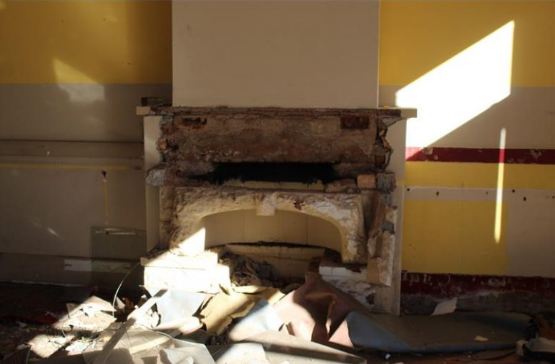 Everything has been taken. Photo: Natasha Pretorius.

A statement from Adrian Amod of Mogale City’s Corporate Communications said the municipality was aware of 041 Human Street.

He said that they had made a request to the Krugersdorp Police to investigate the house, and the property was frequently checked, with vagrants and drug-users being searched and removed.

“We are however aware of the present challenges and will keep the police aware of where we are at in dealing with the matter. In doing so, we still seek their support in addressing criminal activity at 041 Human Street,” he explained.

The statement said the municipality was committed to resolving the matter as soon as possible and where possible would hasten their efforts to find a permanent solution.