The Ekurhuleni Metropolitan Police Department (EMPD) arrested three men and confiscated over R600 000 worth of crystal meth and dagga.

The arrest came after the EMPD Drug Enforcement Unit received a tip-off about a batch of drugs intended for distribution in the Germiston area by three people. The information was provided by the Directorate for Priority Crime Investigation (Hawks), an independent police directorate responsible for combatting serious organised and commercial crime, EMPD Spokesperson Chief Superintendent Wilfred M Kgasago confirmed.

Using the description, provided by the Hawks, of the three people who would be transporting the drugs, the EMPD Drug Enforcement Unit placed the suspects under surveillance to monitor their movements, from 9am on Friday, August 2.

Just after 12:15pm, police cornered the three suspects, who were in an Uber taxi, at the intersection of Robyn and Knox streets in Germiston CBD. Police confiscated 2kg of crystal meth valued at R600 000 and over 340g of Swazi-Gold dagga valued at R10 000, Kgasago says.

Three foreigners were detained at the Germiston police station for the possession and dealing in illicit substance. The suspects are expected to appear in the Germiston Magistrate’s Court on Monday.

R40 million drug bust at OR Tambo, two arrested
1 month ago
1 month ago

PIC: Suspects arrested in KZN after transporting dagga bales worth R3 million
2 months ago
2 months ago 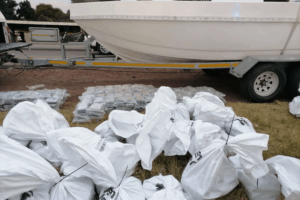 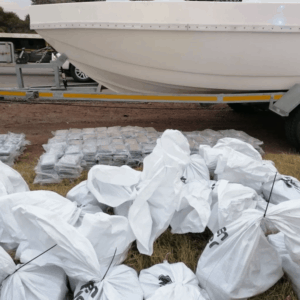 R40 million drug bust at OR Tambo, two arrested
1 month ago
1 month ago

PIC: Suspects arrested in KZN after transporting dagga bales worth R3 million
2 months ago
2 months ago