The teenager said her attacker stabbed her before trying to rape her, but she fought back, after which she was stabbed again. 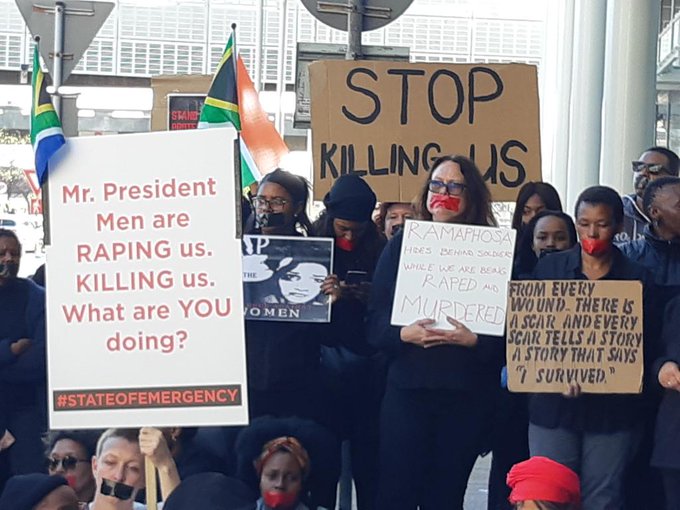 Violence against women and children is being scrutinised more than ever, and the issue has raised its ugly head in the Free State once again.

This comes as officers at Park Road Police Station in Bloemfontein are investigating a case of kidnapping, attempted rape and murder.

Police spokesperson, Thabo Covane, said the police investigation stemmed from an incident where a bloodied 17-year-old female pupil from Bochabela was found with severe cuts on her arms and bruises on her face after she was viciously attacked by her alleged kidnapper, reports Bloemfontein Courant.

He said that the girl was kidnapped by an unidentified male suspect while waiting for public transport en route to school on Thursday morning.

ALSO READ: Outrage over femicide should be maintained – Cele

Covane added the suspect drove past the girl’s school and further drove to Lourierpark’s Rooi Dam, where he attacked her with a knife, bottleneck, and also tried to rape her, but she fought back. He said the suspect then stabbed her with a knife in the head, neck and both hands and shortly afterwards fled from the scene, leaving the victim there.

“The victim was assisted by the passer-by who called the police and the ambulance.”

On arrival at the scene, the police officials met a 17-year-old girl and witnesses. She was taken away by the ambulance and was admitted at Pelonomi Hospital, he added.

“Although she was weak, she managed to report to the police that at approximately 7.50am she was waiting for a taxi in Bochabela, Mangaung, on her way to Headstart Secondary school. A white BMW without a registration plate stopped and she alleges that she boarded it because she believed it was a taxi. Instead, the driver drove past Headstart Secondary School where the victim was supposed to get off. He drove to Rooi Dam in Lourier Park instead,” he said

Meanwhile, Mangaung Metro Municipal (MMM) mayor Olly Mlamleli has since applauded the victim for overpowering the suspect who viciously attacked her after failing to rape her.

On Monday, Mlamleli, who is the Chairperson of the African National Congress Women’s League (ANCWL), and scores of women from other organisations such as the South African National Civic Organisation (SANCO), held a peaceful protest in solidarity with the #AmINext protest. She is also expected to lead another protest on Thursday, 12 September 2019, at Indaba Auditorium Hall at Bram Fischer, which houses the municipality.