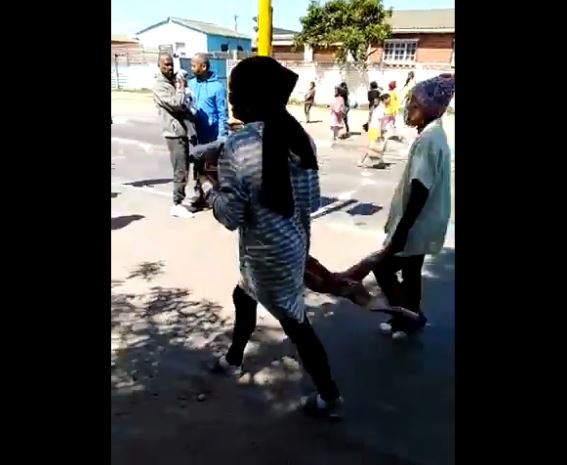 People, believed to be residents of Valhalla Park, could be seen making off with whole carcasses from a neighbourhood butchery. Image: Twitter video screenshot

Footage shared on social media has captured people making off with whole animal carcasses from a butchery in Valhalla Park in Cape Town on Monday.

Police say they are still investigating the incident.

In one video posted, people, believed to be residents of Valhalla Park, can be seen making off with whole carcasses from a neighbourhood butchery.

Some have them flung over their shoulders as they retreat from the butchery, while others are carrying the carcasses in pairs.

Other people are seen walking away with different grocery items from the store, and one person is even seen pushing a deep freezer along the pavement.

Another video on Twitter shows the inside of a store, with its aisles ransacked and people walking around inside the store carrying boxes filled with items.

“The circumstances are being investigated and no one has been arrested as yet,” said Traut.

Reaction on social media was swift, with some expressing their shock and anger at the contents of the videos.