Inspector the horse was impounded by the Cart Horse Association after his three owners were arrested for possessing stolen property. 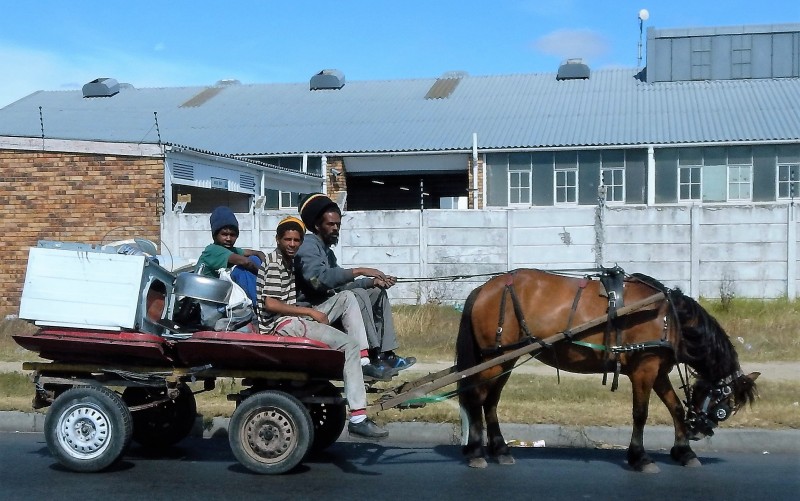 FILE IMAGE: Shaun Isaacs driving his cart horse Clara. Picture: GroundUp. NOTE: These are not the people and horse implicated in criminal activity in this article.

A cart horse called Inspector became an unwitting accomplice when he was impounded and three men were arrested for trying to sell a Transnet transformer to a scrap metal dealer in Cape Town on Tuesday.

Law enforcement spokesperson Wayne Dyason said its metal theft rail enforcement unit was acting on a tip-off when they headed to a dealer near Bofors Circle in Epping.

When they got there, they found three men on a horse and cart in possession of an electrical distribution transformer valued at around R1.2m.

It had been taken from Transnet property in Maitland and carted off to Epping.Transnet technicians were able to provide a statement to prove ownership.

The three men were arrested in terms of the Criminal Matters Amendment Act for being in possession of stolen property.

Inspector, who had been led through the streets with blinkers, was impounded by the Cart Horse Association.

Cart horses are not an unusual sight in Cape Town, with scrap collectors using them to transport old washing machines or pieces of scrap metal.