Pangolins are poached at an alarming rate as their scales are considered medicinal in Asian countries - much like rhino horn. 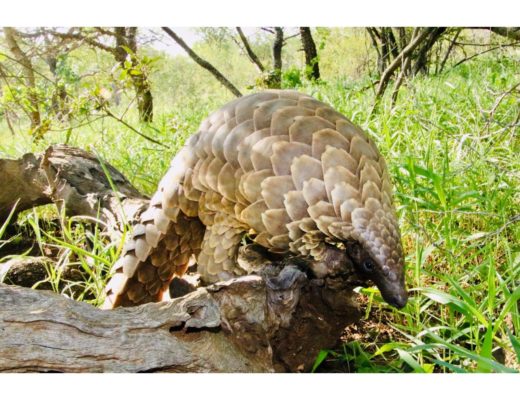 A police operation on Wednesday led to the arrest of five suspects who were allegedly trying to sell two pangolins.

The operation was conducted after Gauteng police received information about a planned deal in which the pangolins would be sold illegally.

Police arrested five people, driving in two vehicles along the R101 Old Warmbath Road near Themba, and seized a firearm and the two vehicles. The pangolins were rescued and handed over for medical attention.

According to Professor Ray Jansen, chairperson of the African Pangolin Working Group, the Temminck’s ground pangolins are an endangered species and the penalty for smuggling one is 10 years in prison, a fine of R10 million, or both.

Jansen said the operation was carried out with the assistance of the Gauteng department of agriculture and rural development’s environmental management inspectorate, the SAPS’s Stock Theft and Endangered Species Unit, and the Bronkhorstspruit K9 Unit.

The pangolins are now being cared for at an undisclosed location by staff of the Johannesburg Wildlife Veterinary Centre (JWVC).

Resident JWVC veterinarian Dr Karin Lourens told News24 that the pangolins were not in great shape and were severely underfed.

“The one is about 10 years old and is in really bad shape. He hasn’t been fed for more than 10 days and his prognosis is guarded – he is very weak. The other one is less than a year old and appears to be okay, although he is quite skinny.”

According to Lourens, approximately 30 pangolins have been rescued in similar sting operations this year alone. The JWVC is currently nursing eight pangolins at undisclosed locations.

Pangolins are poached at an alarming rate, according to Lourens, as their scales are considered medicinal in Asian countries – much like rhino horn.

“Combine elephant, rhino, lions… you don’t get close to that number.”

According to Lourens, it is impossible to determine how many pangolins are left in the world. They are nocturnal and live underground and in enclosed areas such as caves.

“Their scales are so tough that an adult lion can’t penetrate them. That’s how they have survived for 80 million years, because they have no natural predator.

“They now have only one enemy – humans.”

Lourens and her team will attempt to nurse the pangolins in their care back to health so that they can ultimately be released back into the wild.