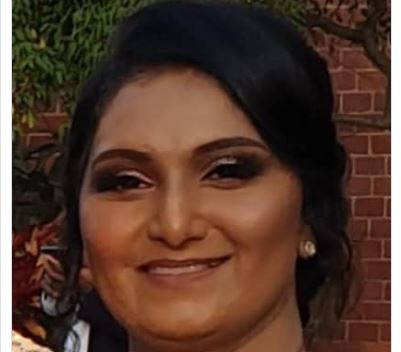 Durban businesswoman Sandra Moonsamy, who was recently found after being held captive for six months by kidnappers, is safe, authorities said.

Govender was speaking outside the Durban Magistrate’s Court where four accused appeared in-camera – meaning no media or public were allowed at the proceedings.

The decision was taken because of the high level of sensitivity surrounding the matter.

Outside court, Hawks spokesperson Brigadier Hangwani Mulaudzi confirmed that the accused – aged between 30 and 34 – had been charged with kidnapping, extortion, robbery and two counts of attempted murder, and remaining in the country without a valid permit.

“The case has been postponed, pending further investigation until November 18. The order of the court [is that] the names and details of the suspects not be published to not compromise the investigation.”

He said they were working closely with the National Prosecuting Authority (NPA).

“Things are moving swiftly and the team is working closely with the NPA. Once everything is collated, we will be able to share more. We appeal to everyone to give the investigating team space without hindrance.”

On Friday, the Hawks confirmed that four people had been arrested in connection with the kidnapping of Moonsamy. They had allegedly demanded R140m for her release.

Moonsamy was kidnapped in May on the M13 in Stapleton Road, Pinetown, while driving her black Range Rover. The Hawks confirmed that Moonsamy had been found alive in Witbank on Thursday evening.

Mulaudzi previously told News24 that Moonsamy had been “found bound in chains in Emalahleni and was subsequently rescued by an integrated team of the Hawks, assisted by Crime Intelligence, Gauteng Provincial Organised Crime members and Ekurhuleni metro police”.

The Hawks also seized three luxury vehicles worth R3m, which are believed to have been “bought with the proceeds of crime”, News24 reported Mulaudzi as saying.

Mulaudzi previously confirmed to News24 that an international syndicate was allegedly behind the kidnapping, but said that more information would be revealed once the case was before the courts.

He added that one of the men arrested could be a senior member of the syndicate, but that this could not be officially confirmed at this stage in the investigation.

The syndicate allegedly behind the kidnapping may be involved in the kidnappings of Pretoria businessman Omar Carrim and Johannesburg businessman Shiraz Ghatoo, which were reportedly linked to the case through evidence, The Saturday Star reported.

Mulaudzi added that the Hawks had received information from a number of agencies, including a private investigator.

He said it would be a matter of time before authorities knew if they were wanted for other crimes in Africa or Europe.