An intelligence-driven operation in the Malalane section of the park resulted in the arrest of five men suspected of poaching two rhinos. 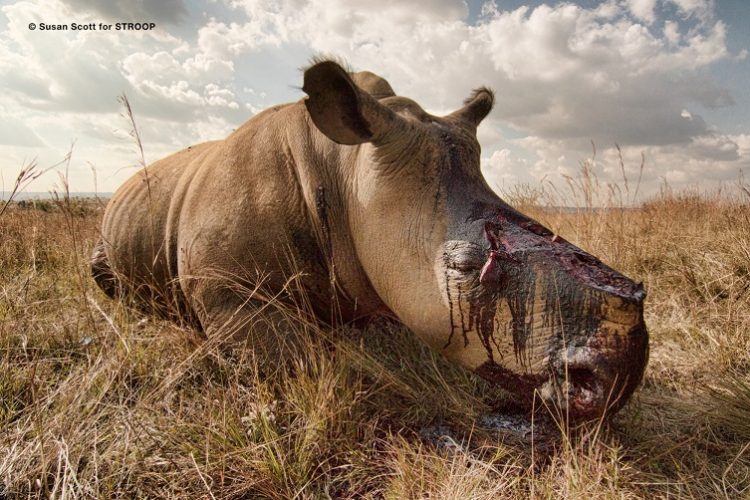 This after an intelligence-driven operation in the Malalane section of the park resulted in the arrest of five men suspected of poaching two rhinos.

Ike Phaahla, general manager of communications for the KNP, said they were grateful that the ranger was not injured during this brave act.

“We are grateful for his braveness, but even more grateful that no harm came to him.”

He added that the suspects were in possession of five fresh rhino horns, a high-calibre hunting rifle, ammunition and poaching equipment. The vehicle in which they were travelling, a kombi, has also been impounded for further investigation.

Phaahla was saddened that the arrests came after the poachers had already killed at least two rhino, rather than before, when they could have been stopped before firing a single shot.

“The arrests followed the discovery of two fresh rhino carcasses. The dead animals had been covered with grass and twigs to try and hide them from sight and delay their discovery.”

The section ranger immediately deployed his rangers around the area to look for possible suspicious vehicles.

“He spotted the kombi with two visible passengers and three others who were hiding not far from where the carcasses were discovered.”

When confronted and stopped, the driver produced a permit for two people. The ranger instructed him to get out of the vehicle with his hands in the air, and opened the rear door to expose the other armed passengers.

According to Phaahla, the ranger then loudly instructed them to lie on the ground next to the driver. He handcuffed three and while arresting the fourth, that suspect then pointed out that a fifth suspect had his firearm aimed at the ranger.

“Fortunately he failed to pull the trigger and the section ranger was able to call for backup.”

The suspects are in custody and SANParks is not ruling out further arrests. They will appear in court in due course to face rhino poaching-related charges.

The CEO of SANParks, Fundisile Mketeni, congratulated the team on the arrests and continued to warn criminals that KNP was ready to stop them in their tracks.

“We are thankful that one ranger managed to subdue five criminals without any harm unto himself and continue to warn those who intend poaching in the KNP that our dedicated staff, technology and information from communities will lead to your incarceration. We won’t stop until all criminals are removed from society.”