KZN cops intercept Moz vehicle with R2.7m worth of heroin

Officers in Pongola had acted on intelligence that the drugs were crossing over the SA border. 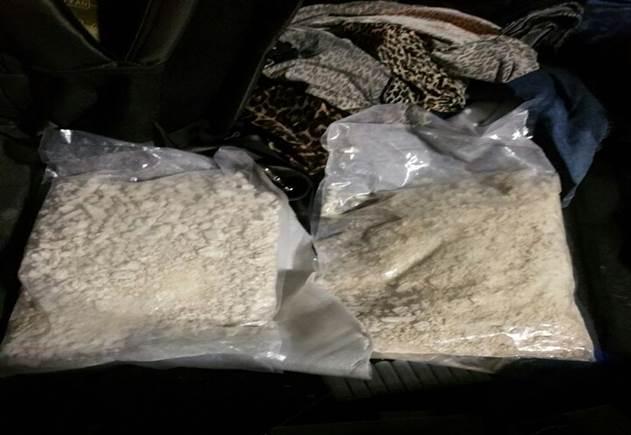 A vehicle transporting drugs worth an estimated R2.7m from Mozambique has been seized by KwaZulu-Natal police and one suspect has been arrested.

Police spokesperson Brigadier Jay Naicker on Wednesday said officers in Pongola had acted on intelligence that the drugs were crossing over the SA border.

He said police officers were dispatched along the route and spotted the vehicle travelling on the N2.

“The vehicle was intercepted and a search was conducted. During the search, police found 15kg of suspected heroin hidden in the vehicle’s spare wheel. The street value of the drugs is estimated at R2.7m.”

He said a 40-year-old suspect was placed under arrest for possession of drugs, and a case was opened at the Pongola police station, before being transferred to the Hawks for further investigation.

“The recovery of such a huge consignment of drugs is commended. This was a major breakthrough for the province and demonstrates the determination of our police officers to stem cross-border crimes during this festive season,” said KwaZulu-Natal police commissioner Lieutenant General Khombinkosi Jula.