Metrorail has released footage captured on CCTV of two of the men wanted for the fires which recently effectively crippled Cape Town’s rail network. 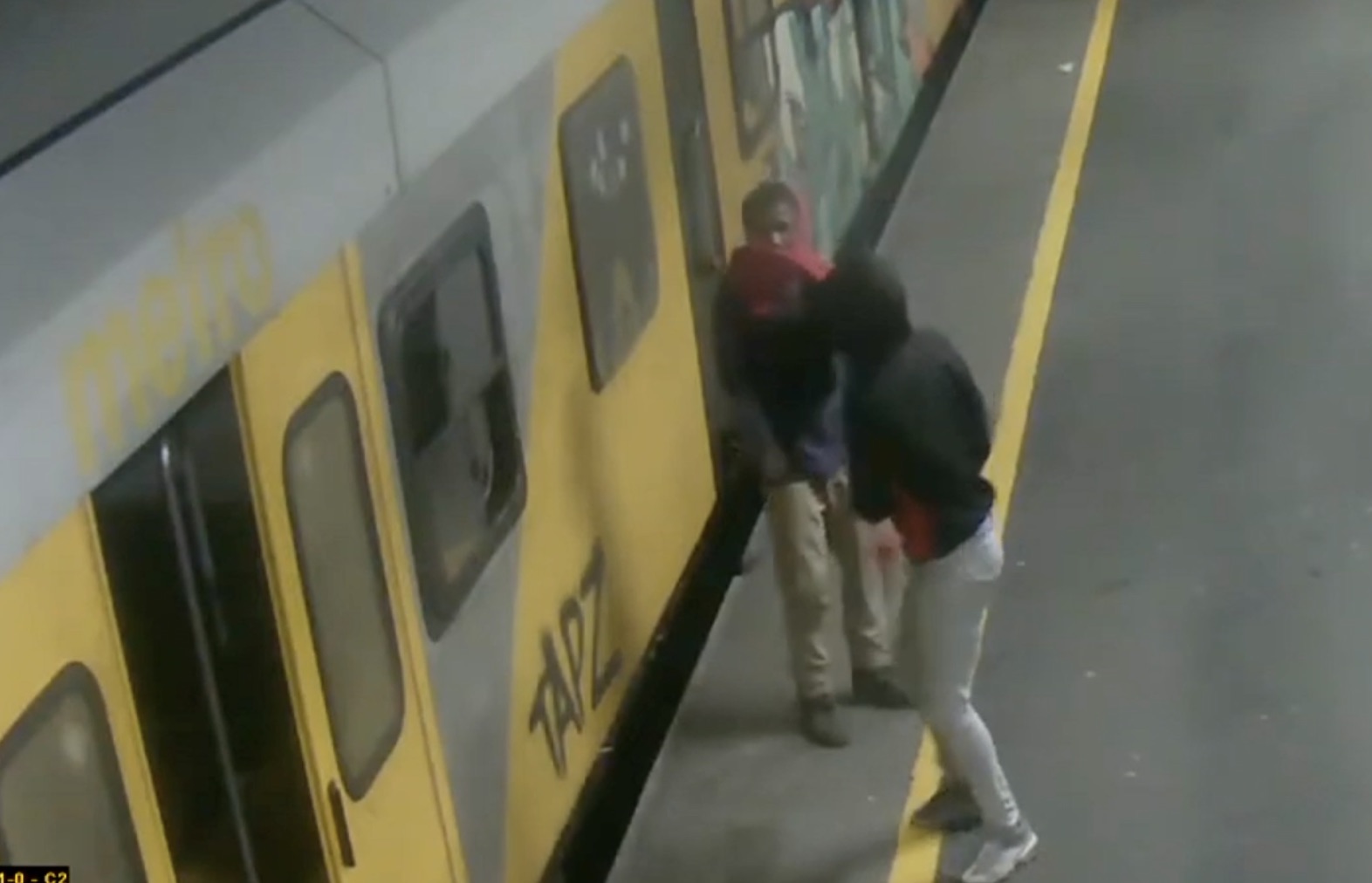 A reward of R100,000 is being offered for information that will lead to the conviction of those believed to be behind the arson attack.

According to Metrorail, the blaze in the early hours of Thursday, November 28, destroyed 18 train carriages worth R61m, overhead electrical wiring to the tune of R154 000 and rendered 14 of Cape Town station’s 24 available platforms inoperable.

Train arsonists behind the crippling of the backbone of Cape Town’s public transport system could face imprisonment of up to 20 years.

This is according to Community Safety MEC Albert Fritz, who on Sunday said he welcomed the Critical Infrastructure Protection Act, which was assented into law last month.

“Critical infrastructure refers to ‘any building, centre, establishment, facility, installation, pipeline, premises or systems needed for the functioning of society, the government or enterprises of the republic, and includes any transport network or network for the delivery of electricity or water’. In the face of deliberate attacks on [the] public transport system, this Act aims to bring stability back to our public transport system.”

The Act will come into operation on a date determined by the president in the Government Gazette, after which the Minister of Police, Bheki Cele, must declare the specified infrastructure as critical infrastructure before the Act applies to it, Fritz explained.

He said Sections 26(3) and (4) of the Act allow for decisive action to be taken against those who unlawfully intend to or who are proven to cause damage or substantial harm to critical infrastructure.

Metrorail in a statement said Prasa Protection Services and specialist investigators were working together with police as the investigations continued, it said in a statement.

Fresh images have been released “to encourage more people to contact the investigating officer with information about several persons of interest who police believe can assist them in their investigation”.

Metrorail Western Cape regional manager Richard Walker said he supported Transport Minister Fikile Mbalula’s assertion that the “perpetrators of these heinous crimes against the state live and socialise amongst us and should be exposed for what they are in the interest of rail transport and South African taxpayers who ultimately foot the bill for huge losses”.

Fritz said he has asked the Western Cape Police Ombudsman’s (WCPO) office to investigate SAPS’ failure to bring anyone to book for the deliberate attacks.

“Ultimately, the Act will be for naught if we are unable to arrest the perpetrators. I am pleased to announce that the matter will be investigated by the WCPO and has been allocated to senior investigators,” he said.

“I have been informed that the investigation could be completed within a three-month time frame, and that a notice of investigation will be published in the Gazette which lies open for 30 days, for public comment.”