This is the third incident at the high court since the end of last year. There is a large police presence at the Gauteng High Court in Johannesburg after five prisoners tried to escape on Monday.

According to Netwerk24, four prisoners had been rearrested after police fired shots at the court. One police official was reportedly injured when one of the escapees allegedly stabbed him. One prisoner is reportedly still on the run.

Brigadier Mathapelo Peters told News24 that there were multiple injuries and that police were still inside the court building. She told News24 she would provide more details at a later stage.

This is the third incident at the high court, located in the Johannesburg CBD, since the end of last year.

In December 2018, judges were on lockdown for an hour in the court after two awaiting-trial prisoners escaped, according to News24.

Then, in February, two prisoners escaped through the court’s rear building.

Lieutenant Kay Makhubele at the time told News24 that the escape happened during the court’s “rush hour period” when suspects are brought to the building from various prisons. 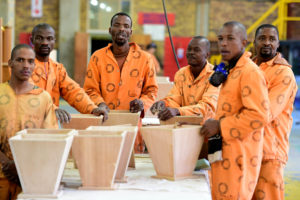 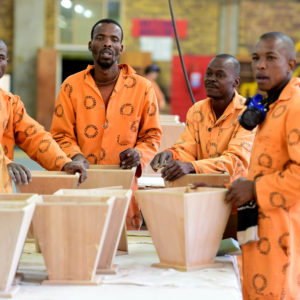