He was arrested during a sting operation last week at the airport where he was allegedly expecting the bribe money. 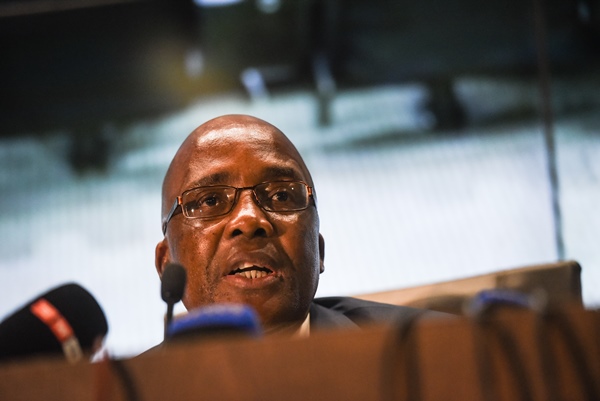 Home Affairs Minister Aaron Motsoaledi has welcomed the arrest of a Gauteng immigration official accused of corruption, extortion and defeating the ends of justice.

Sam Langa, 52, appeared in the Kempton Park Regional Court on Wednesday after allegedly trying to get a bribe of R100,000 from a foreign businessman to ensure he and other foreign nationals would not be deported.

Langa was arrested during a sting operation last week at OR Tambo International Airport where he was allegedly expecting the bribe money.

He was granted R5,000 bail, with conditions.

In welcoming the arrest, Motsoaledi said the department would collaborate with law enforcement to root out corruption.

“We shall spare no effort in rooting out corruption and malfeasance in all its forms in the department.

“The department will work with the police and all law enforcement agencies to ensure that transgressors face the full might of the law,” said Motsoaledi.

He lamented the fact that Langa is a law enforcement officer himself, “whose job is to make sure that the law is upheld, adhered to and respected”, adding that this aggravated allegations against him.

He further called on members of the public with information on corrupt or other criminal activities to contact the police.