The SAHRC's Buang Jones said it suspects Parktown Boys' High is hiding critical information from the organisation as well as Mpianzi's family. Julie Habedi speaks to The Citizen next to the Crocodile River in North West were a Parktown Boys' High School pupil was found dead during a school initiation, 17 January 2019. Picture: Nigel Sibanda

Enoch Mpianzi’s family has threatened to sue both Parktown Boys’ High School and the Gauteng Department of Education.

The family met with the South African Human Rights Commission (SAHRC) on Monday where they outlined their plans.

The commission has agreed to assist the family legally in seeking closure after they lost their 13-year-old son last week.

The Grade 8 pupil drowned during an orientation camp at Nyati Bush and Riverbreak Lodge in North West.

The SAHRC’s Buang Jones said they have agreed to provide the family with legal assistance to sue both the school and the department.

Jones said the commission suspects that Parktown Boys’ High is hiding critical information from the organisation as well as Mpianzi’s family.

“The school is trying to hide something from us. We are visiting the school on Tuesday to continue with our investigation and will also visit the lodge where the pupil drowned,” said Jones.

He has promised that everyone from the school who was involved in the controversial school trip will be interviewed.

“We are going to look at the role of the SGB [school governing body] as they are responsible for governance in the school. The role played by the school principal, teachers, the organisers of the trip, the indemnity form signed by pupils and parents, the district director, provincial head of department and [Education] MEC Panyaza Lesufi.

“The family wants answers and we too want to know the truth of what happened to the pupil and the circumstances thereof. The family wants to sue and we will provide legal assistance to pursue that,” Jones said. 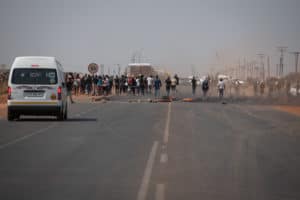 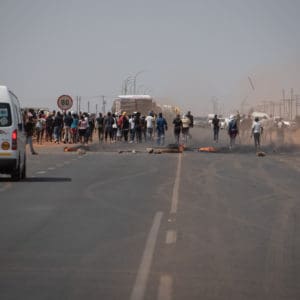