The scammer sent emails, posing as the chief justice, stating his cousin died and that he needed money urgently. 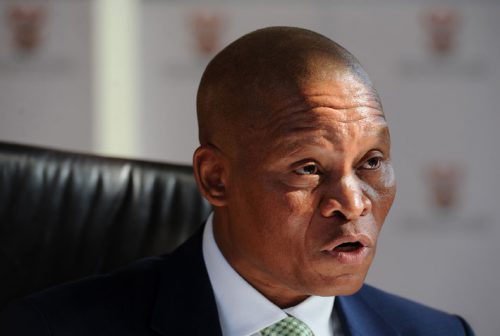 A fraudster has been trying to scam people, including judges, out of large amounts of money by pretending to be Chief Justice Mogoeng Mogoeng.

Nathi Mncube, spokesperson for the Office of the Chief Justice (OCJ), said they had been made aware of an individual who was fraudulently using Mogoeng’s name to “scam unsuspecting victims”.

“The individual targets people with the aim of soliciting large amounts of money by identifying himself as Chief Justice Mogoeng Mogoeng,” Mncube said.

The alleged scammer sends emails from the following email address: executiveheadoffice@gmail.com, and sends text messages from the number 064 462 2378.

When News24 called the number on Tuesday morning, it went straight to voicemail.

Mncube told News24 that the scammer had sent emails, posing as Mogoeng, stating that his cousin had died and that he needed money urgently.

“He asks the judges if they know about a meeting and, when they reply, he says he has a problem, his cousin has passed away, and he needs R25,000.”

He also claims that his “phone has died” and cannot transact and that he needs money urgently.

Mncube said the OCJ had no idea who the fraudster might be.

“Neither the Chief Justice nor the OCJ are linked with this email address or to the person claiming to be part of the OCJ,” Mncube said.

“Stakeholders, members of the public and the media are implored to report any such communication from the above email address or mobile number to the South African Police Service.

“Any person who suspects that they are being scammed by someone claiming to be a judicial officer or an official of the OCJ is requested to contact the OCJ for verification. Enquiries can be emailed to enquiries@judiciary.org.za.”