Woman conned out of R15K by man ‘selling cigarettes’

One of his victims has warned the public not to trust a swarthy man with lots of gold in his teeth and great sleight of hand with brown envelopes. 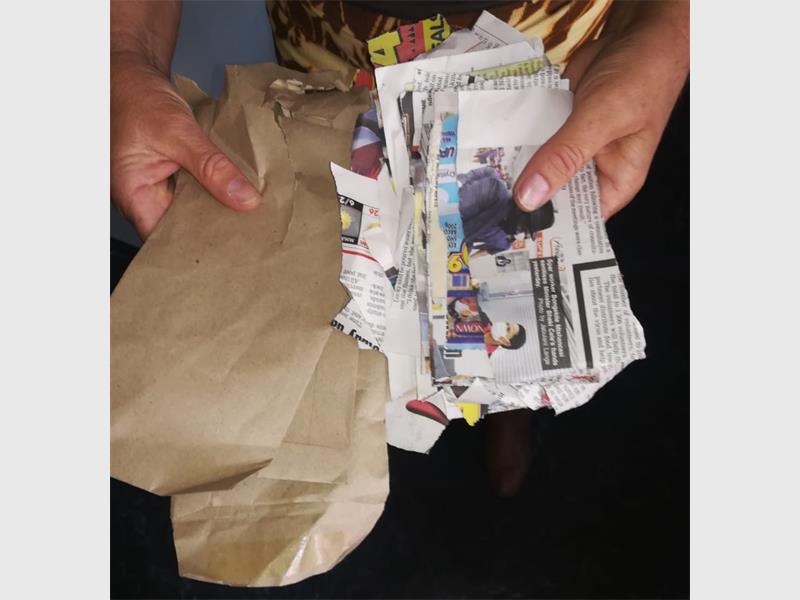 The envelopes the con man left behind were filled with torn newspaper.

With the ban on buying and selling cigarettes and tobacco products still in place, smokers are becoming increasingly desperate to obtain cigarettes, and criminals continue to exploit this desperation, reports the Brakpan Herald.

A 56-year-old Brakpan resident lost R15,000 on Tuesday when she and her friend were conned by a crook who was supposedly supplying illegal cigarettes to them.

The woman was at her 60-year-old friend’s house in Taft Avenue on Tuesday when a swarthy man with “plenty of gold in his teeth” came to the property and said he was giving away free masks.

“We got talking and he indicated that he could get cigarettes for a very reasonable price.

“I don’t even smoke myself, but I feel sorry for my friends and family who do smoke. I immediately started taking orders and collecting money from everyone.

“The man said he would only take a large order; so I received about R15,000 from people who wanted cigarettes, and my friend added another R600,” the woman said.

“The man later returned to the house and we went inside to count the money. At that point, two women arrived who spoke to other people in the house.

“When I think back on it, the man tried to confuse me because he put the money in brown envelopes and then took it out again and counted it again.

“He also talked all the time. At one point he just left the envelopes on the table and said he was going to fetch the cigarettes.

“He walked down the road, to a white vehicle parked quite a distance from the house. The two women had also disappeared in the meantime,” the woman explained.

I was wondering why he would walk such a long distance with cigarettes he’s not even meant to have.

“It was then that I went back into the house and saw there was nothing but pieces of newspaper in the envelopes.”

The man had swapped out the envelopes right under her nose.

“I was hit for a six, and of course was R15,000 poorer. There were people who thought I’d run off with their money, and I had to take out a loan to pay everyone back.

“In the meantime, I learnt that he had tried it with other people as well,” the woman said.

“I realise I was in the wrong, but I do feel the public should be warned against this man.”

“There are people out there who are exploiting the situation and the public should be on their guard,”  Van der Schyff warned.