Candles lit up the night in Bonteheuwel, where about 50 people gathered for a memorial on Thursday for a father and son shot and killed while walking from a nearby shop. 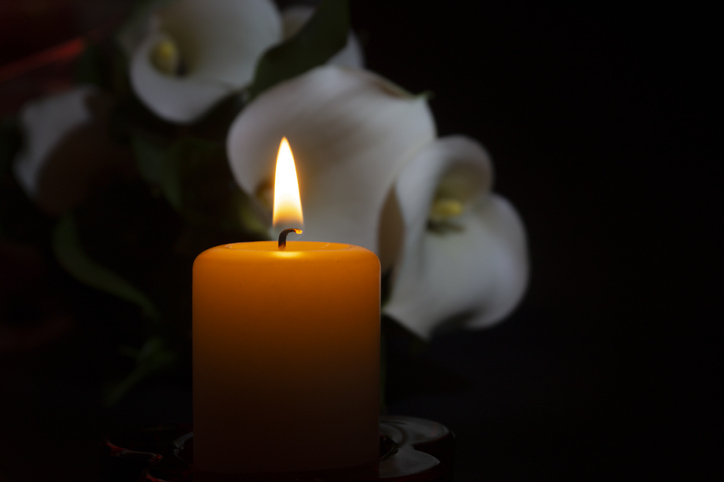 A close up of an orange candle and flame and lily flowers on a dark background. Image: iStock.

According to the police, Johnson was walking from a nearby shop at 19:15, carrying his child, when a car stopped next to them. Two gunmen climbed out and opened fire, killing him.

“They agreed with me when I said we cannot allow this to be just another one of the 97% of cases that just go unprosecuted. They, however, are a people of faith and said that while they wanted justice, they leave it all in God’s hands.”

A memorial took place outside the Johnson home in Swartysterhout Street on Thursday night where the victims’ family paid tribute to their loved ones.

Community Safety MEC Albert Fritz Minister Fritz said a spike in gang-related shootings had been reported in Bonteheuwel, Manenberg, Lentegeur, Beacon Valley, Lavender Hill and other areas since the weekend.

“There have been numerous incidents in which children have been affected by the renewed violence that has broken out since we shifted to alert Level 3 of the lockdown,” he added in a statement.

“Gangs are taking advantage of the reduced alert level to settle scores and cause havoc in communities. We will not allow this to happen,” Fritz said, adding the province had “not abrogated its commitment to making communities safe” and halving the murder rate over the next 10 years.

He said he had been informed the Anti-Gang Unit and other resources have been deployed in areas which were currently experiencing a flare-up in gang-related violence.

1,200 people arrested in Gauteng during weekend police operations
10 mins ago
10 mins ago

1,200 people arrested in Gauteng during weekend police operations
10 mins ago
10 mins ago