Ambulance broken into while EMS crew responded to emergency in Soweto

This came after an ambulance was broken into in the early hours of Sunday morning and a GPS device was stolen in Zola in Soweto. 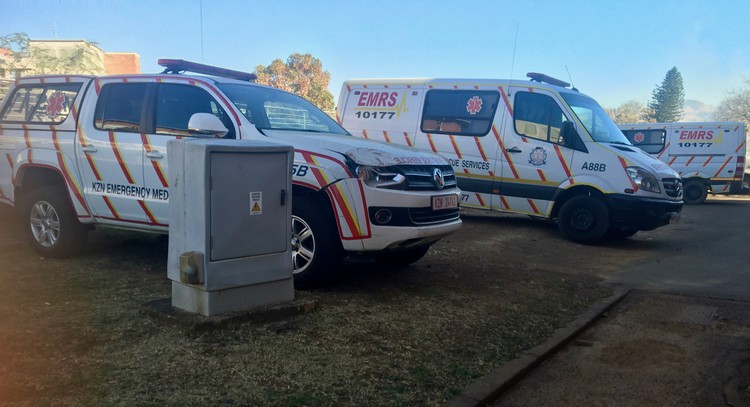 Ambulances and emergency vehicles parked at Edendale Hospital look good, but hardly any are operational. Photo: Nompendulo Ngubane/GroundUp (Note: This picture is for illustrative purposes only)

The Department of Health in Gauteng says it is concerned about the rising number of attacks on the province’s Emergency Medical Services (EMS).

This came after an ambulance was broken into in the early hours of Sunday morning and a GPS device was stolen in Zola in Soweto.

The incident happened as the Tshepo Themba base was responding to a call in Maseko Street.

“Unfortunately, the patient was declared dead on arrival. The team noticed the robbery while getting the declaration book in the vehicle to record the death. A case has since been opened at Jabulani Police Station,” head of communication at the Gauteng Department of Health, Motalatale Modiba, said in a statement.

On Wednesday night, another EMS crew was attacked while responding to an incident of a burnt patient in Soshanguve, north of Pretoria.

“The team on their way stopped to assess another incident of a fire outbreak at Mary Me informal settlement in Soshanguve. It is alleged that community members set a shack on fire to punish its occupants, whom they accused of committing crime in the area,” the department said.

“When EMS responded to the fire, crew members were pelted with stones by the community to stop them from accessing the burning property.”

None of the EMS personnel were injured, but a case was opened at the local police station.

In March, EMS crew were robbed of their belongings at gunpoint in Winterveld, north of Pretoria, while responding to an emergency call.

The department has called on communities to work with law enforcement agencies to bring criminals to book.

“Attacking EMS personnel will have dire consequences for communities as our crews will end up not being able to respond to emergencies when called by the very same communities,” the department said.