Midvaal Mayor Bongani Baloyi accused a syndicate of spearheading the occupation of the land. Picture for illustration. Shacks being destroyed at a squatter camp in Lawley outside Ennerdale in Johannesburg, 16 April 2020, by Red Ants under the watch of JMPD on the 21st day of the national shutdown. Picture: Nigel Sibanda

Gauteng Community MEC Faith Mazibuko accompanied law enforcement officers and soldiers as they destroyed shacks that had been illegally erected in Elandsfontein.

The land, in the south of Johannesburg along the N1 near the Grasmere toll plaza, is part private, part government-owned.

Many erected shacks and some placed wooden sticks in the ground to demarcate their chosen spots.

Midvaal Mayor Bongani Baloyi said some threatened land owners with violence as they forcefully erected stands on their plots.

Baloyi accused a syndicate of spearheading the occupation of the land.

“Land grabbing here is at an alarming rate. There is a syndicate that is taking people’s money and playing with vulnerable people needing houses.

“We call on people to stop invading land. This is not Zimbabwe. We have a country here with laws that must be respected. This land is earmarked for an economic development corridor and residents are aware of it,” said Baloyi.

Mazibuko said what land occupiers were doing was wrong and against the law.

“People just wake up and decide to grab land where they want. This is tantamount to lawlessness. We can’t be in a banana republic like this. They come here and harass property owners and threaten them when they take their land.

“They are doing as they wish. There is a syndicate that is collecting money from people to occupy land. As government, we must utilise this land for people to benefit financially and through jobs,” said Mazibuko.

Njabulo Mkhwanazi from Tembisa said he was among the group occupying the land.

“We want our grandparents’ land back. We are taking back our land from whites. We are unemployed and can’t afford to pay rent. People don’t have money and want land to stay [on].

“I have also taken a piece of land where I am going to erect my house and stay with my family,” said Mkhwanazi.

The group claimed to have lawyers and leaders to defend them in court should they be arrested for land invasion.

Mkhwanazi confirmed that they each paid R250 to occupy the land and that some of the money would be used to pay for lawyers should they be arrested. 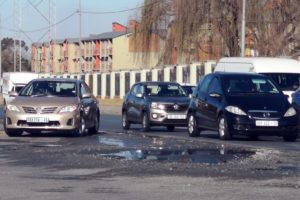 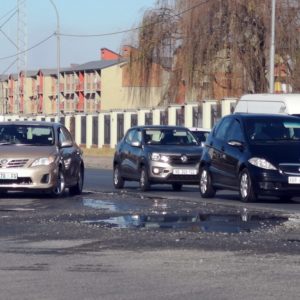