The gang was operating in two cars with false number plates. 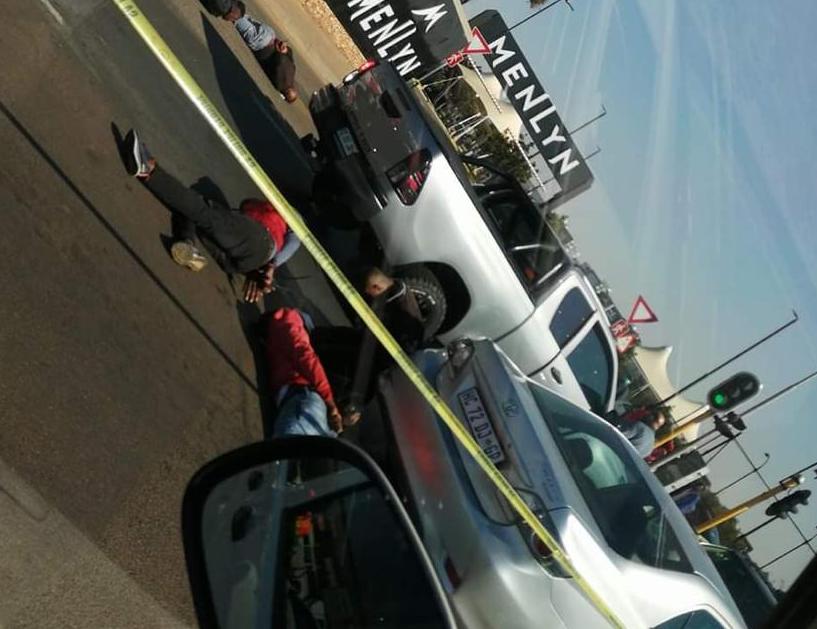 Six alleged robbers believed to be behind “bank following” robberies around Gauteng have been arrested, after being found in possession of unlicenced guns in vehicles with cloned number plates.

The suspects were nabbed at Menlyn Mall on Thursday, after “intelligence-driven information” led the province’s Organised Crime Unit to Tshwane.

“Upon searching the suspects, police found unlicenced firearms. It was also established that one of the cars was fitted with false number plates,” he said.

“The suspects were arrested for possession of unlicenced firearms. More charges might be added pending the investigation.”

The arrests came two days after two robbers were handed life sentences for a bank robbery and murder committed two years ago.

Bongani Thabani Ndlovu, 35, and Jabulani Meli Dlamini, 41, were sentenced to life in jail for the murder of Ockert Ralph at a plot in Lanseria, Johannesburg, Masondo said.

“On 7 May 2018, Ockert – aged 64 then – went to Fourways Mall where he withdrew a large amount of cash. He drove to a Lanseria plot, not knowing that he was being followed.

“At the gate, he was accosted by two men who shot at him before robbing him [of the] cash, [his] cellphone and wallet. He was certified dead at the scene.”

The case was assigned to “seasoned” Warrant Officer Abie Montwedi of the province’s Organised Crime Unit.

“In a few months, Warrant Officer Montwedi and his team cracked down on the suspects. Ndlovu and Dlamini were arrested in Vereeniging, while planning to commit another bank associated robbery.”

The two were sentenced to life for the murder, 15 years for armed robbery, 10 years for possession of an unlicenced gun, and another 10 for the ammunition. Their sentences will run concurrently.

The 6 men are suspected to be behind bank-following robberies around Gauteng. They were arrested at Menlyn Mall, after being found in possession of unlicensed firearms & using a car with cloned plates. pic.twitter.com/kHVTutfQGc