Despite lockdown prohibiting evictions and calling for alternative accommodation to be provided, housing MMC Mlungisi Mabaso said those who invaded housing units at Fleurhof are breaking the law, and will be dealt with. Rubber bullets have been fired at the Fleurhof housing development in Johannesburg, after thousands of people illegally occupied units on the property. The Red Ants, the JMPD, SAPS and private security are currently at the scene. 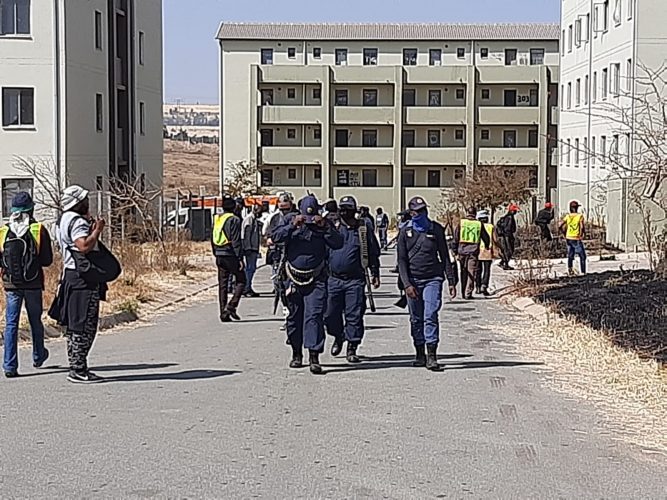 City of Joburg housing MMC Mlungisi Mabaso emphasised that “anarchy and lawlessness” will not be tolerated.

Despite lockdown prohibiting evictions and calling for alternative accommodation to be provided, in this case, Mabaso said those who invaded housing units at Fleurhof are breaking the law, and will be dealt with.

He added that none of the people invading Fleurhof was on housing waiting lists. 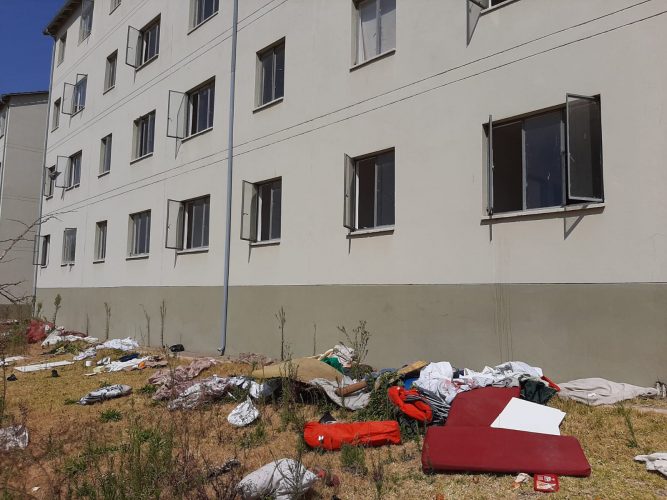 According to Mabaso, the City of Joburg was in the process of making provisions for all units to have access to electricity by Friday. Many of the structures at Fleurhof are still incomplete. 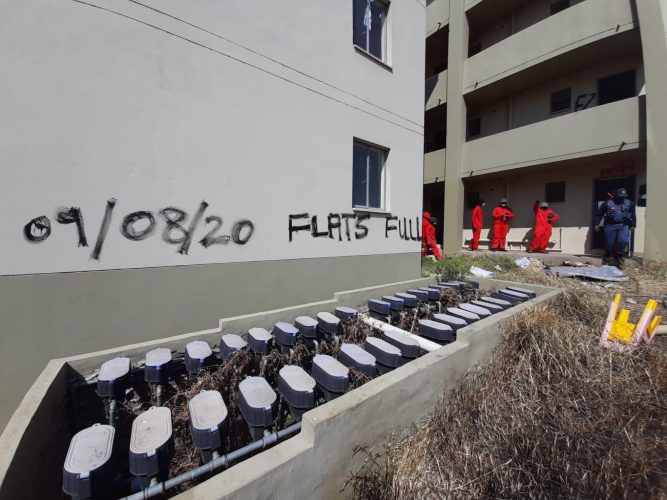 Mabaso indicated that transgressors will be arrested. It is not yet clear if any arrests have taken place.

“You invade, we respond – immediately,” he warned.

Reports indicate that a body was also found near the housing development on Wednesday. 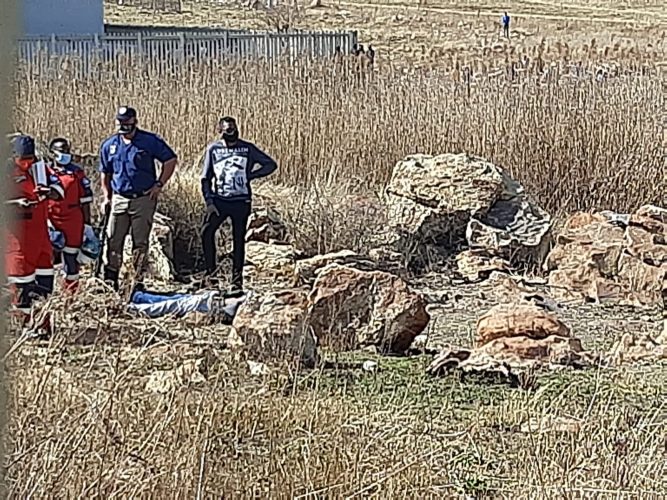 Body of the deceased at Fleurhof in Johannesburg, 12 August 2020. Photo: Nigel Sibanda 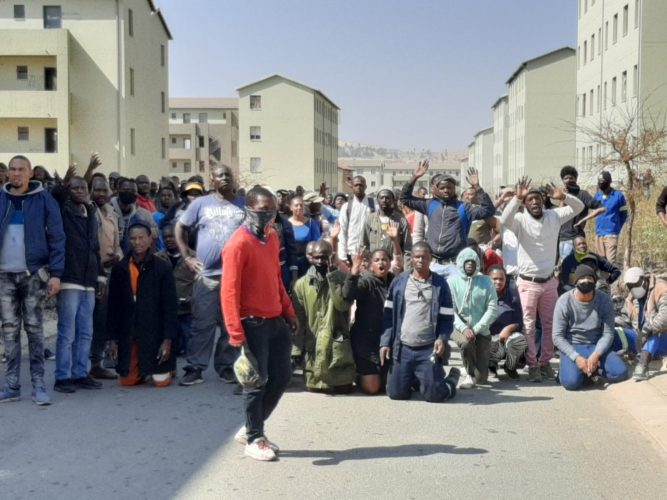