A case of driving under the influence of alcohol and reckless and/or negligent driving was opened for investigation while the Constable was detained. 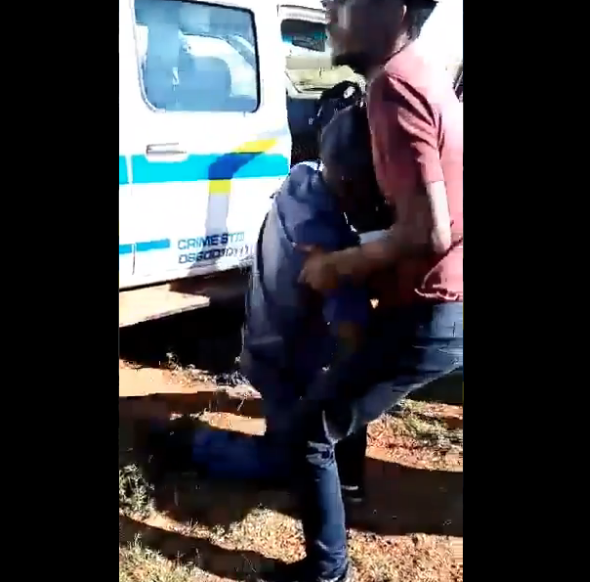 The South African Police Service (SAPS) has condemned the conduct of a constable stationed at Wolmaransstad in the Dr Kenneth Kaunda District.

This after video footage showing the constable in uniform struggling to stand because he was allegedly drunk on Saturday.

ALSO READ: Man arrested for drunken driving after baby is killed, 4 adults are injured in accident

According to police spokesperson Brigadier Sabata Mokgwabone, the damage was apparently caused by collision of the state vehicle with a fence and the Constable was allegedly the driver at the time of the incident.

The Provincial Commissioner of North West, Lieutenant General Sello Kwena, condemned the incident and said all SAPS members were obliged at all times to conduct themselves in a professional manner and adhere to the code of conduct, including using available resources responsibly and to take into account the needs of the community.

A case of driving under the influence of alcohol and reckless and/or negligent driving was opened for investigation while the Constable was detained.

“Preliminary investigation revealed that the Constable is not authorised to drive state motor vehicle. As a result, he will also face an additional charge of use of motor vehicle without owner’s consent. Departmental investigation will also be instituted against the member in terms of SAPS Discipline Regulations,” said Mokgwabone.

These are the men who are responsible for preventing #FarmAttacks and stock theft.
It all makes sense now! pic.twitter.com/XWSCMGP8Az

Another police officer was released on R500.00 bail on Sunday and is expected to appear in the Wolmaransstad Magistrate’s Court today.

He is facing charges of driving under the influence of alcohol, reckless and / or negligent driving and use of motor vehicle without owner’s consent.
For more news your way, download The Citizen’s app for iOS and Android.