A report reveals how the cash-strapped victim went to great lengths to source the money with the help of her sister.

An Eastern Cape woman was duped out of R300,000 and a new Isuzu bakkie by a ‘traditional healer’ who allegedly promised to turn the cash into R98 million with the help of the victim’s ancestors.

The scamster allegedly handed the Dimbaza woman two trunks supposedly carrying R49 million each and instructed her not to open it for days.

When the woman was alerted that she had been scammed, she opened the trunks and found old blankets and soil.

The Eastern Cape police subsequently arrested the “traditional healer” – 28-year-old Mxolisi Athi Dziyana – and two accomplices who were said to have posed as the woman’s ancestors.

Police spokesperson Sibongile Soci said the trio was arrested on 25 January at Rhayi Location near King William’s Town and appeared in the Dimbaza Magistrate’s Court for fraud.

He will appear at the Dimbaza Magistrate’s Court on 3 February for a bail application, said Soci.

A report of the bizarre incident, sent to the police’s top brass in Zwelitsha and seen by News24, details how Mbolele and Ntakana hid behind bushes posing as ancestors while Dziyana allegedly sweet-talked the unsuspecting woman during a night ritual at the banks of Nomcampa river.

After speaking to the so-called ancestors Mbolele and Ntakana, Dziyana showed the victim a blue trunk filled with R100 notes.

Dziyana allegedly told the victim that the money was a gift from her ancestors hiding behind the bushes and that she could only get it once she produced R300,000 in cash.

The report, compiled by the Dimbaza police station commander, reveals how the cash-strapped victim went to great lengths to source the money with the help of her sister.

When she paid the money, she was given the two trunks and ordered not to open them until she was told so, the report said.

After some time, the victim was allegedly called by the suspected scam artists who instructed her to reward the ancestors by giving them her bakkie for giving her the millions.

The victim was in the process of going to the traffic department to change ownership of the bakkie when a vigilant friend warned her that she was being scammed, the report detailed.

While the police have managed to recover the bakkie and handed it over to the victim, an investigation is still underway regarding the money, said Soci.

“SAPS continues to warn community members not to be naïve and believe the tricks of the so-called traditional healers about ‘money from the ancestors’ as they end up losing their hard-earned cash over these scams,” said Soci.

FNB scam alert: Here's how to stay ahead of online scammers
3 weeks ago
3 weeks ago 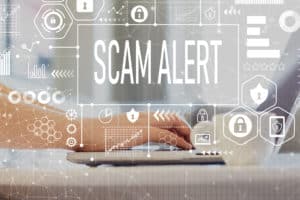 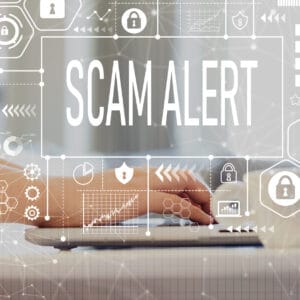 FNB scam alert: Here's how to stay ahead of online scammers
3 weeks ago
3 weeks ago