According to Brigadier Leonard Hlathi, the two had an argument that led to the fatal shooting. 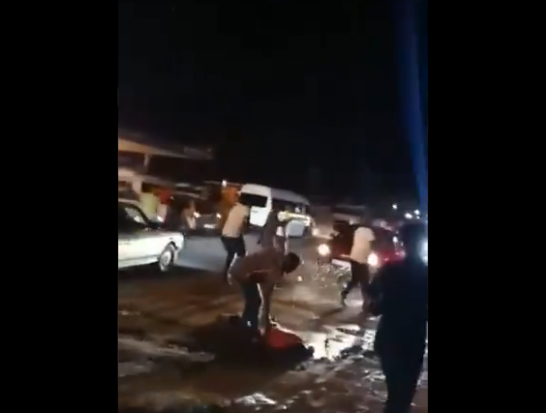 A 31-year-old man is expected to appear in the Emalahleni Magistrate’s Court today after he allegedly shot his 24-year-old friend who later died in hospital on Saturday.

Chaos erupted on Saturday after police clashed with members of the public at Clewer near Witbank in Mpumalanga.

According to Brigadier Leonard Hlathi, the two had an argument that led to the fatal shooting.

“Immediately after the incident, the suspect is said to have transported the victim in his vehicle and then handed him over to the paramedics who were in the vicinity of a shopping complex in the area, then vanished,” Hlathi said.

The suspect handed himself over to the police and brought with him the firearm believed to have been used in the murder, Hlathi said.

The firearm was booked in as an exhibit.

A police investigation revealed that the two were returning from the funeral of the suspect’s friend.

Later that evening, an after tears event was held that saw some community members breaking lockdown regulations.

Hlathi said the community members were seen spinning cars and not wearing masks, with no social distancing.

“The community also did not want to heed the call by police when they were urged to stop with their activities and this is a worrying factor as their conduct was depicting a degree of lawlessness and danger.

“A police officer who tried to engage with the community regarding their actions, was manhandled and vulgar words used against him for carrying out his duties. As if that was not bad enough, some police vehicles were pelted with beer bottles at the same event,” said Hlathi.

In videos  circulating on social media, a group of people can be seen running away from police and gunshots can be heard, presumably warning shots as police try to disperse the crowd.

In another video, a police officer walks away from the crowd, but one man follows him with a bottle in his hand. He tries to tug at the police officer, who hits him with an object. The man falls to the ground, as another checks on him.

Police in Mpumalanga have warned the community to follow the lockdown regulations that prohibit after tears events.

“The community are further warned not to obstruct the police from doing their work. The same point is driven home to liquor outlets owners to strictly adhere to the lockdown regulations.”