An arbitration process is underway to establish which routes belong to the Cata and Codeta associations. 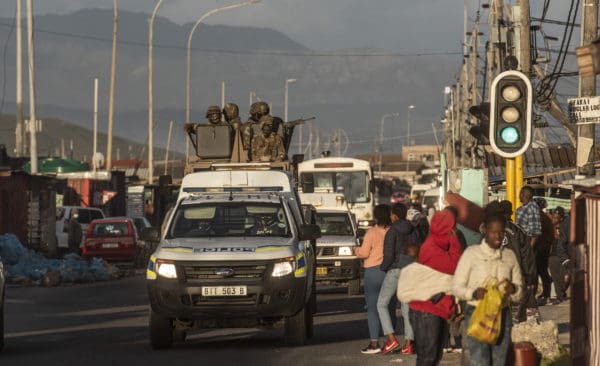 Warring taxi associations in the Western Cape reached an agreement on Monday to end the ongoing violence in the province which claimed the lives of operators, drivers and commuters.

The violence, which began on route B97, spilt to other parts of the City. Back in July, Western Cape MEC for Transport, Daylin Mitchell, closed the route between Mbekweni and Bellville.

At the time, SANDF and SAPS members were deployed to restore order while the provincial government attempted to broker peace between the Cata and Codeta associations.

On Monday, Transport Minister Fikile Mbalula addressed the industry. He confirmed all taxi associations in the region had reached a ceasefire, which had been “endorsed by all parties involved”.

“I am happy to announce this afternoon that our line of march has been endorsed by all the parties involved.”

Mbalula said government has an “obligation to ensure that the rule of law prevails”. He said they take the responsibility seriously and “will not shy away from ensuring that the letter of the law is not undermined”.

Meanwhile, Mitchell said an arbitration process was underway to establish which routes belong to the Cata and Codeta associations, respectively.

“Part of that arbitration process is also routes and determination of who a route belongs to, et cetera”.

ANC Western Cape interim chairperson Lerumo Kalako said earlier talks with the taxi industry are at an advanced stage, and “details of our engagements shall be shared in due course”.

“Both Cata and Codeta agree on a ceasefire and denouncing criminality as pre-conditions for finding a lasting solution”.

As of Sunday, more than 80 taxi violence-related murders have been reported, as well as 56 attempted murders in the Western Cape.

Wealthiest cities in the world, with two contenders from South Africa
2 weeks ago
2 weeks ago

Wealthiest cities in the world, with two contenders from South Africa
2 weeks ago
2 weeks ago