The suspect is alleged to have done the same thing last year and got away with his act. 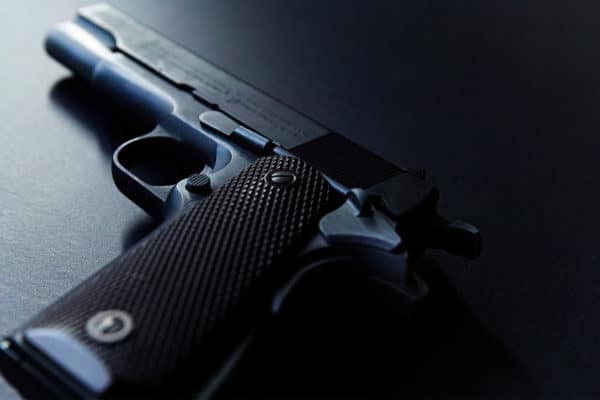 The community of Mulbarton in the south of Johannesburg is living in fear after a suspect who opened fire at a local restaurant and shot two people in an attempt to kill his alleged girlfriend was released on bail on Friday.

Daniel Rowland, who is accused of firing into a crowded restaurant in Mulbarton on Friday, 30 July 2021, is now likely to face a charge of murder.

This after one of the people who was caught by a stray bullet is reported to have succumbed to injuries in hospital.

It is alleged that on the 30 July around 6.30pm that Rowland had an argument with a woman at a restaurant in Mulbarton.

An eye witness, who did not want to be named, said that the argument centred around “their son, and also cheating and infidelity.”

“He hit her, stormed out, fired shot across the balcony at his girlfriend on his way out,” the witness said.

“A bullet struck an innocent bystander in the back, another bystander was grazed, not a serious injury, she received medical assistance. The guy was promptly arrested.”

It is alleged that police found cocaine in his car.

The witness, who is also a member of the same community, said that they were now living in fear because it is alleged that it was not the first time that Rowland had acted in this manner.

He said that Rowland allegedly discharged his firearm in another restaurant last year.

“He is considered a danger to the community,” said the witness.

Rowland was released on R10 000 bail with conditions the same day after being charged with attempted murder.

The Citizen had tried to reach the police for comment, but they had not responded at the time of publication.

The community has since resorted to helping those who were affected by the incident through counselling and sharing awareness messages in the community policing forum groups on social media.

Police brutality: Most Ipid cases against officers are for assault
3 hours ago
3 hours ago

Cele to unrest inquiry: I don't recall seeing top cop Sitole in the 'right places'
20 hours ago
20 hours ago

Police brutality: Most Ipid cases against officers are for assault
3 hours ago
3 hours ago

Cele to unrest inquiry: I don't recall seeing top cop Sitole in the 'right places'
20 hours ago
20 hours ago