Durban shooting: One killed in Avoca area on Monday

Three men were shot during an armed robbery incident on Monday. 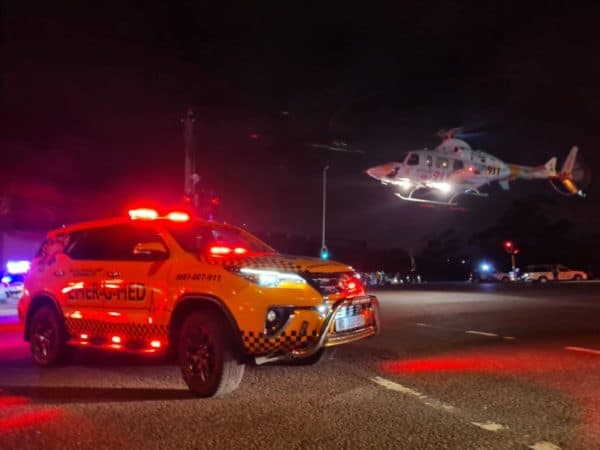 Emer-G-Med paramedics attended to a shooting incident on Chris Hani Road, in the Avoca area north of Durban, on Monday evening shortly after 7pm.

Emergency responders found three men with gunshot wounds in what is described as an apparent armed robbery incident. One man was in a critical condition.

Paramedics airlifted the critically injured victim to a nearby hospital, with assistance from Netcare911’s Aero-Medical Helicopter, while a second victim with moderate injuries was attended to onsite.

The second victim was then taken by ambulance to a nearby hospital for further medical assistance. A third victim suffered fatal injuries and was declared dead on the arrival of paramedics.

Emer-G-Med confirmed that members of the South African Police Service (Saps) attended to the scene, “and will be investigating the incident accordingly”.