The Ipid launched an investigation after a man, only identified as Shibi, accused the metro police of beating him 'like fools' for asking for their cars back. 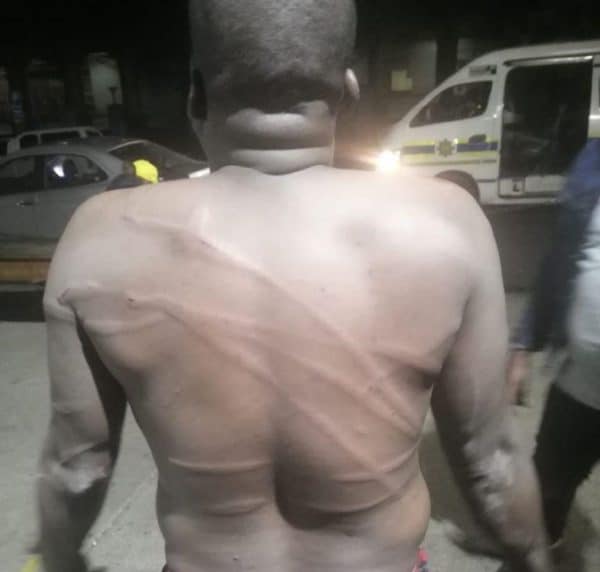 This follows an investigation by the TMPD internal affairs unit that deals with conduct of members.

“The matter was given full attention and the TMPD fully cooperated with the independent Police investigative directorate (IPID). Further investigations led to the arrest of eleven TMPD members who are allegedly involved in the assault of the three males. The Tshwane Metro Police Department condemns such actions from its members, internal disciplinary processes will continue amid with these arrests,” said the TMPD in a statement.

The Ipid launched an investigation after a man, only identified as Shibi, accused the metro police of beating him “like fools” for asking for their cars back.

In a video shared by Ipid, Shibi accused the metro cops of beating him for “no reason at all”.

He said he just wanted to collect his car that evening to avoid incurring more fines.

He said: “They can’t beat us, these people, they don’t have the right. What am I supposed to tell my child now with a blind eye? They undermine us, these people. We went to the offices to take back our car and found the gates locked. They told us to come back tomorrow. We never fought those people. I was beaten like a fool for no reason.”

According to Ipid, the man’s car was allegedly impounded by the metro police and kept at Madiba street in Tshwane on 02 October.

“They went there to collect their cars and they were told the gate was locked and security refused them entry. One of the metro officers came out to talk to them. She went back into the office; all of a sudden, the metro police officers, about eight of them, came out of nowhere from the street,” said Ipid spokesperson Ndileka Cola.

“They were driving to the centre and immediately started sjambokking them, hitting them with their hands too. They all got injured and went to the hospital. This matter took place on 2 October; we as Ipid received it yesterday [Monday]. We received it via the minister’s office, who then gave it to the director of Ipid and it was allocated to the investigator. We’re going to meet with the victims tomorrow Thursday.”