The 40-year-old man has been arrested. 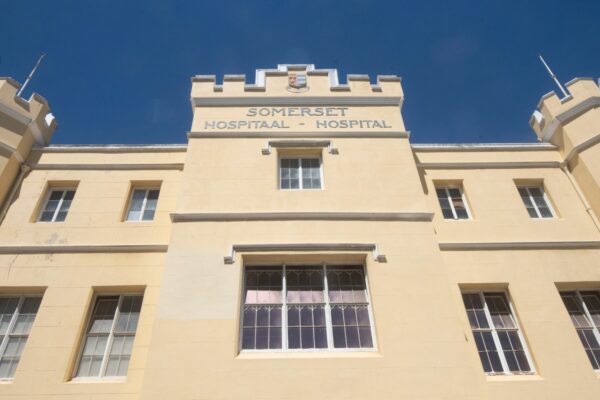 A 40-year-old man has been arrested after two patients were shot dead at Somerset Hospital in Cape Town.

The incident took place on Saturday when the suspect grabbed a police officer’s gun and fired several shots, according to the South African Police Service (Saps) in the Western Cape.

“Reports from the scene indicate that Sea Point police had taken a 35-year-old suspect to Somerset hospital for medical attention when a man in the ward grabbed the firearm of a police official and shot him through the head,” the police said in a statement.

“The man then shot two patients who were in his proximity. Both died on the scene and the 32-year-old police official was seriously injured.

ALSO READ: Man gunned down, another wounded in Lenasia shooting

“Saps officials on the scene subsequently disarmed the suspect and arrested him. The identities of the victims of the shooting incident are yet to be determined.

“As this is a developing story, further details are still being collated,” the statement further reads.

“I am shocked and deeply saddened by the loss of two residents tonight, who were patients at the New Somerset Hospital, during a horrific incident in which several gunshots were fired.

“While the motive and exact circumstances are still being investigated, I was informed on the scene when I visited this evening that another person took a firearm off a police officer, shot and critically wounded the officer. Then fired fatal shots at the two nearby patients,” he said in a tweet.

“My deepest condolences go out to the families of the victims of this senseless act. My thoughts and heart are also with the wounded officer and his family, who I desperately hope pulls through this tragic night,” Winde added.

Last month, a 61-year-old secretary at Primrose Park Primary School in Manenberg was gunned down.

According to reports, Zuraya Barden was on her way to work when she was shot on Kunene Road outside the school premises.

It is reported that Barden was with her 6-year-old grandson when the gunmen fired several shots on the driver’s side of the window, fatally wounding her, but leaving the grandson unharmed.

A family member told eNCA that they believed the incident was a hit, as none of her belongings were taken.

READ MORE: Two car guards shot and killed on their way to work

“They shoot at any time, even when children are going to school or people are going to work. They [gangsters] don’t care. It’s scary when violence like this becomes a norm,” said Vernon.

He also expressed concern over teachers and pupils following the incident.

Barden was laid to rest on 9 April.