Limpopo man hangs himself from tree after murdering his girlfriend

A body of a 39 -year-old woman, identified as Phumudzo Matrinah Mukhatho, was found with multiple stab wounds in a house at Maelula village. 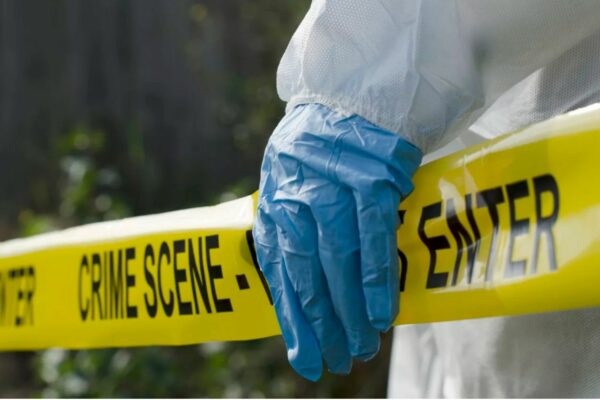 A 36-year-old man was found hanging from a tree after he allegedly murdered his girlfriend in Maelula Block B, Limpopo.

The deceased male has been identified as Edson Shumani Nematswerani.

According to Brigadier Motlafela Mojapelo, Edson allegedly first killed his partner on Wednesday before he fled to his parental home, where he apparently committed suicide by hanging himself.

This comes after a body of a 39 -year-old woman, identified as Phumudzo Matrinah Mukhatho, was found with multiple stab wounds in a house at Maelula village, Makhado.

Mojapelo said police were called and on arrival, they commenced with initial investigations which led them to Maelula village where they discovered that he killed his partner before committing suicide.

“On Thursday, the body of Edson was found hanging from a tree behind the pit toilet at his mother’s house at Murunwa village, Vhulaudzi,” Mojapelo said in a statement.

Lieutenant General Thembi Hadebe has urged communities to desist from resorting to extreme violence when facing domestic or relationship challenges.

“As the Province is presently fighting the scourge of Gender Based violence and femicide, incidents of this nature where men resort to harming their partners and ending their lives, is of a serious concern to the Police and communities must work hand in hand with us to end these senseless killings”, Hadebe said.

This comes after a 17-year-old girl died, after a pastor in KwaNzimakwe near Port Edward, together with congregants, allegedly beat up five children, who they say were being controlled by demons.

The children were held from the 25 to 29 May. It is also alleged those involved attempted to conceal the death of the girl by moving the surviving children, and eventually releasing them to their respective parents.

It is further alleged that the group of teenagers also had water and salt poured over their bodies and noses, all in the quest to get rid of the demons inside of them.

Police received a report of a person who had died at Braemar area on May 29, and were shown the body of a teen who had injuries to her body.

ALSO READ: Police investigating after Limpopo man hangs himself after killing his daughter