The long-term effect on pupils was they have learnt from their parents that if you are angry about something, you burn a school, a spokesperson said. 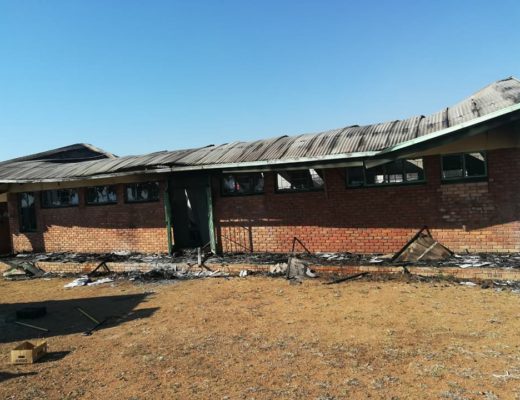 The first day of school is set to be a gloomy affair for some Mpumalanga pupils from six schools which were gutted in service delivery protests last year.

Some of these schools cannot be repaired due to poor structural integrity, as they were old and would have to be completely demolished and new structures constructed. This process could take years.

According to the department of basic education, it costs R35 million to build a primary school and twice as much for a secondary school.

“This is money the department does not have. There is no funds sitting somewhere, waiting for the communities to burn or damage a school,” spokesperson Elijah Mhlanga said.

In June last year, residents of Thabana village near Siyabuswa torched a primary and a secondary school in one night of protest against results of a by-election, an incident that enraged basic education minister, Angie Motshekga.

More schools were torched in Matsulu village in Bushbuckridge, with Mhlanga saying they were aware of a total of six schools gutted during service delivery protests in the province.

He said the suffering awaiting these pupils in these damaged schools was unthinkable, saying the long-term effect on these children was that they have learnt from their parents that if you are angry about something, you burn a school.

“The suffering caused by people to these children is disturbing.

He said the two schools gutted in Thabana will costs no less than R100-million, saying these schools would have to be completely demolished and built from scratch.

Mhlanga said burning and closing of schools during protests had devastating impact on access to education, blaming this trend for the Northern Cape’s matric results dropping from 77.6% in 2017 to 75.2% last year. Seventy-five schools were closed in the Kimberly area because of service delivery protests last year.

Mhlanga said beside admissions, which he said remained a constant headache for the department at the beginning of the year, they were generally ready for the first day of school tomorrow.

He said those clogging the system were parents who waited until the very last minute to register their first graders, school preference, and those who take in children of relatives because they stay in a city.

“A person will get a job in a city and then take his brothers’ children in because of a belief that city schools are better.

“The other issue is people who preferred school A, rather than school B. We have schools that are currently standing empty,” he said.

Mhlanga added that they were battling with the issue of discipline in schools, saying the unbecoming behaviour observed in pupils recently mirrored society.

He said discipline was the sole responsibility of parents, saying they were in the business of teaching and learning.