‘There will be no uneducated person in my home’, vows NMU campus security guard graduate

Kwanele Mlinganiso is among numerous Nelson Mandela University service employees who have taken advantage of opportunities that came with the institution's decision to insource service workers. The thrill of walking across the stage in graduation attire, being capped and looking out into the crowd to see family and friends beaming with pride is one to which Kwanele Mlinganiso does not mind getting addicted.

Mlinganiso, 32, is a security staff member at Nelson Mandela University (NMU), who graduated with a higher certificate in business studies at the South Campus Indoor Centre on Thursday last week, NMU said in a statement.

He was among the 2 453 graduates capped last week, and one of the 845 graduates in the Business and Economic Sciences Faculty.

The married father of two – who was part of the group of about 800 service function employees who were insourced by the university as a result of the Fees Must Fall movement in 2015 – said it all felt like a dream.

“I can’t explain how I’m feeling right now. I’m so happy. I feel like this is a dream, because I never thought that I, Kwanele Mlinganiso, would have an opportunity to cross a university stage wearing a graduation gown,” he said.

“The opportunity to study came at a point where I had already lost all hope of tasting a tertiary education. The university has been like a parent to me because it made possible things that my mother could not, and the support I get at work is just amazing.”

The second of four sons, Mlinganiso, who hails from Tamara, near King William’s Town, is among numerous Nelson Mandela University service employees who have taken advantage of the studying and other developmental opportunities that came with the institution’s decision to insource service workers.

Lived out of a bag

The journey to crossing the stage came at quite a price, as Mlinganiso basically lived out of his bag in 2018, which was the first of the two years it took to obtain his certificate. He made arrangements with his bosses to only work the late shift (18:00 to 06:00) so that he could attend classes during the day and make it to work on time in the evenings.

Staying in Wells Estate, near Motherwell, Mlinganiso would leave home on a Monday morning to attend classes at Missionvale Campus, near Zwide, and catch the university’s shuttle service after classes to get to work on South Campus on time. When knocking off work at 06:00, he would shower in one of the on-site bathrooms and catch a shuttle to classes.

“That year was tough. I only went home on Fridays for the weekend, because there was no time. In my bag, I didn’t only have books, but also toiletries and clothes,” he said.

Last year, Mlinganiso passed nine of his 10 modules, and did the remaining module this year, which he passed with distinction.

He matriculated in 2007, with grades good enough to secure him entry to higher education, but finances were a challenge.

“We tried to get bursaries, but to no avail, and I then moved to Port Elizabeth to look for work, because if I wasn’t studying, I needed to make money,” he said.

In PE, he worked for two private security companies. While with the one company, he was insourced as a permanent staff member, affording him a myriad of employee benefits, as well as studying and development opportunities.

His wife, Noxolo Mangiwa-Mlinganiso, also works in the Protection Services Department and is currently upgrading her Grade 12 results through the matric programme.

Asked how the insourcing had impacted their lives, Mlinganiso said: “I was unsure in the beginning. When I got to hear about the benefits that came with permanent employment, I started getting excited at the prospect of being on medical aid and studying further.”

‘There will be no uneducated person in my home’

“I said to my wife that now that there are these opportunities, we must grab them. There will be no uneducated person in my home.”

Mlinganiso has been accepted for studies toward a Diploma in Business Studies next year, and he dreams of one day owning his own business, employing people and hopefully changing their lives for the better.

“I don’t take these opportunities for granted and I wish to inspire others, including my colleagues, some of whom may not yet understand the value of furthering their studies,” he said.

Present at the graduation to witness his achievement were his wife and in-laws. His mother, Nomaindiya, was unable to attend owing to ill health.

“I phoned her [after graduation] and she was very excited for me,” he said.

While he dreams of owning a business one day, Mlinganiso said he saw himself working at the university for some time.

“I want to continue working here because I love this institution. The amount of support we are getting is really encouraging and our new head of department, Mr Simphiwe Nkosa, is very supportive,” he said.

Nkosa congratulated Mlinganiso and all staff pursuing their studies, adding that he felt obliged to encourage and support his staff to grab such opportunities.

“None of these officers grew up aspiring to be security guards, but circumstances that many black people grew up under prevented us from achieving our childhood dreams,” he said.

“I am excited to see the officers grabbing these study opportunities. I am of the belief that acquiring qualifications will not only assist the officers but the university as well, in that it will bring professionalism in the execution of their duties as well as shaping behaviour.

“After attaining their qualifications, anyone from Protection Services may apply to any other department within the university that they qualify for, in following their childhood dreams.” 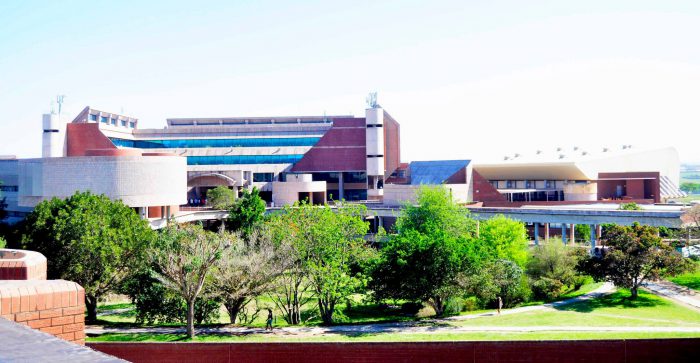 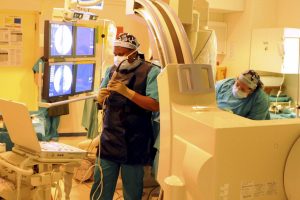