'I put in the hard work and it was also consistency. Every day, I set myself goals for what I wanted to get done,' she says. After achieving eight distinctions in the 2019 Independent Examinations Board (IEB) matric exams, Cape Town pupil Anna Sinclair is one step closer to following in her father’s footsteps and study medicine.

Sinclair, 18, a pupil at Elkanah House, told News24 she had been nervous ahead of receiving her results.

She had no need to worry, achieving a 91.3% average. According to the IEB results released on Tuesday, she was in the top 1% of candidates for English Home Language and History.

Sinclair also made the commendable achievements list for being within the top 5% in five subjects and achieving a rating level of seven in Life Orientation.

“I put in the hard work and it was also consistency. Every day, I set myself goals for what I wanted to get done. This allowed me to have a balance between work, school and seeing friends,” she shared.

“It also put me in the right mental space. When I was writing the exams, I was calm and focused.”

For her advanced programme Mathematics and English subjects, she would stay at school until 9pm, twice a week.

She had to balance schoolwork with playing first team hockey and being a prefect but credits her school for teaching her how to multitask.

“My mom, dad and the rest of the family were my strong support system. They fetched me for every late night and gave me food, which helped. I also had amazing friends and teachers at school.”

Sinclair has been accepted to study medicine at Stellenbosch University.

She said her dad, a paediatrician, was really proud of her.

“I have grown up watching him and always knew that is exactly what I want to do,” she said. “I want to work with and help people but also be challenged. I also love science, so it combined lots of different aspects.”

Asked whether she would specialise in paediatrics, Sinclair said she had six years to think about which specialisation would be best.

“I think my dad is very excited. I am quite nervous because it’s a whole new chapter, but I am also excited to meet new people, learn more and be more independent.” 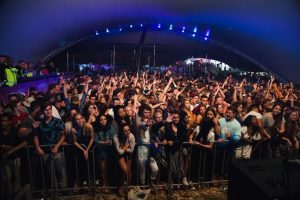