The Gauteng department of education has been made aware of the incident. 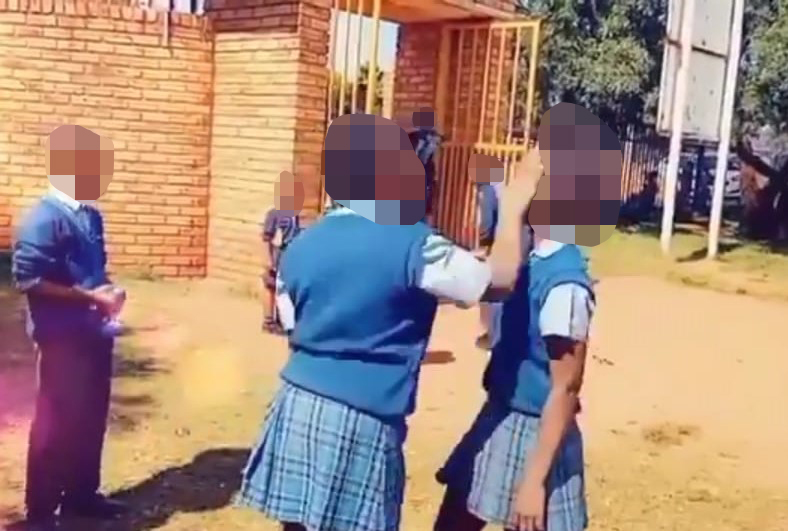 Another video has emerged of bullying at a Roodepoort school, this time at a local primary school. A learner of Laerskool Culembeek has been suspended following an attack on a fellow female learner, Roodepoort Record reports.

According to a source at the school, the incident was dealt with swiftly as both parents were contacted immediately to be informed of the altercation.

The video, blurred to protect the rights of the minors, shows a female learner strike another female before uttering a vulgar obscenity. Her victim who does not retaliate.

The aggressor has reportedly been suspended for two weeks and her privilege of being a prefect has been revoked.

The source also confirmed that there is a “no cellphone” policy at the school so the person who filmed the incident will also be disciplined.

“There were several other prefects who were around who did not intervene, so they have also had their badges taken away,” said the source.

The Gauteng department of education has been made aware of the incident but comment has not yet been received.

As soon as comment is received, an update will be published.

This follows another school brawl at the Hoërskool Bastion.