Here are all the rules and guidelines published in the Government Gazette on Friday. 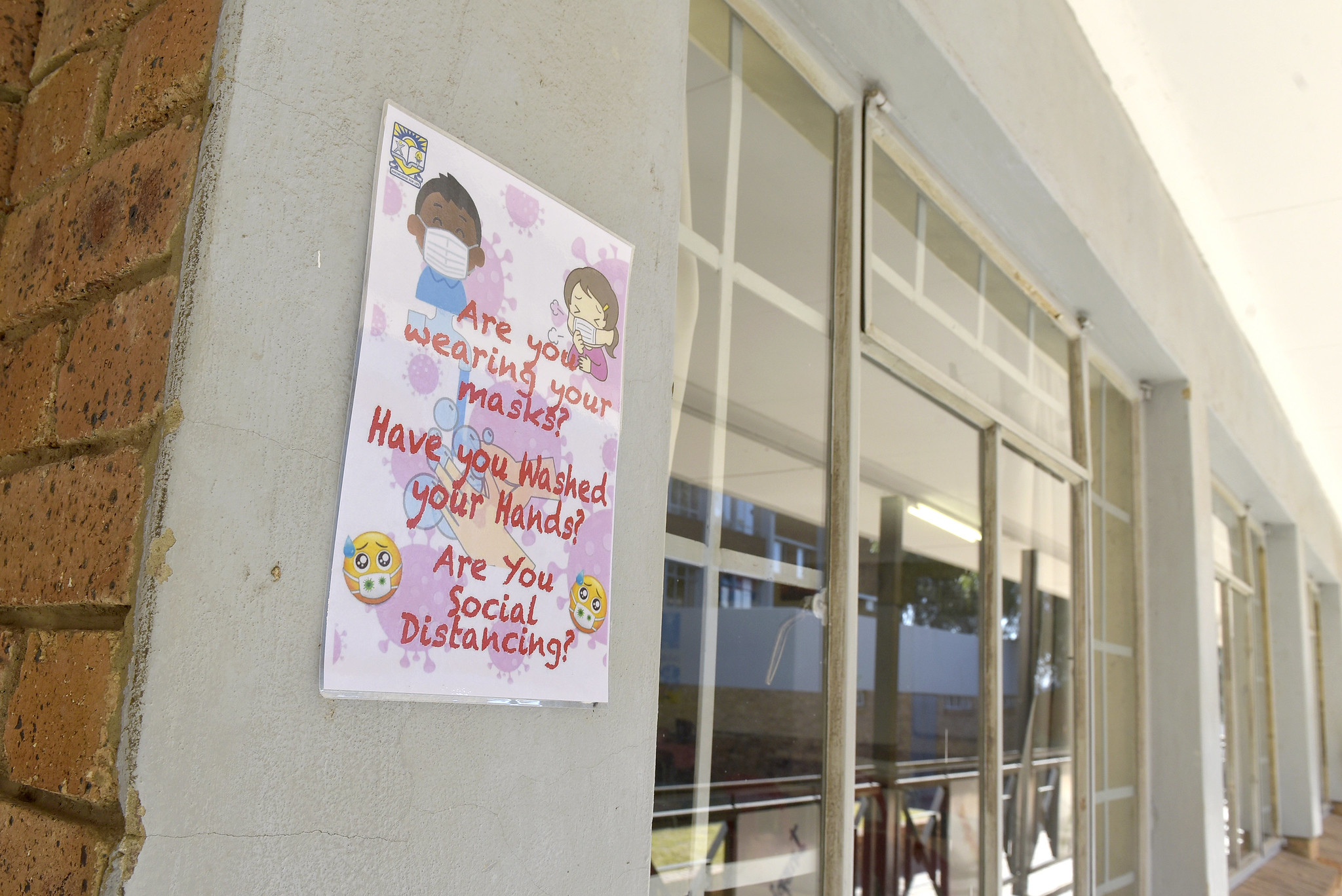 A sign at Edenglen Primary school in Edenvale, 29 May 2020, ahead of Grade 7 pupils returning to school on Monday. Picture: Neil McCartney

The department of education has released rules and guidelines as the country gears up to open schools from Monday, beginning with grades 7 and 12, but if you do not want your child to attend you must apply for an exemption and home schooling.

According to the guidelines gazetted on Friday, there will be strict screening for Covid-19 at schools, and parents and guardians should start thinking of a Plan B for transport if their child is found to have one of the following symptoms during the screening:

If these are detected at the school, they should be reported to the compliance officer or designated official and the school must:

Anybody diagnosed with Covid-19 and who has been isolated, can only go back to the office or school after they have tested negative.

According to the new regulations published in the Government Gazette, other grades would either return on 6 July or 3 August.

The dates for Grades 1 and 2 are not mentioned in the table however. The information will be updated when the department clarifies those dates.

To move between provinces to get to school and back, education department officials and teachers will have to have a permit to perform an essential or permitted service during the applicable alert level for their daily commute.

The permit may be issued by the heads of department or a delegated official or, in the case of a school, by a principal or a person delegated by the principal.

Pupils who travel between provinces will need a certificate to commute to and from school daily.

The certificate may be issued by the principal or a delegated official.

Department of Basic Education, provincial education department and district office officials as well as teachers may commute between where they live and their offices, and schools within their provincial area of work, with a permit and any form of identification.

A pupil’s certificate must state the name and address of the school and the particulars of the pupil concerned.

The certificates and permits referred to must be issued no later than seven days from the respective commencement dates specified for the phased in return of pupils, teachers and officials.

If there is evidence that an official or teacher contracted Covid-19 on the job, a claim for compensation must be lodged in terms of the Compensation for Occupational Injuries and Diseases Act.

Anybody diagnosed with Covid-19 and who has been isolated, can only go back to the office or school after they have tested negative.

*Note: Grades 1 and 2 at public schools are not mentioned in the gazetted table. The information will be provided when those dates are clarified.