Unions worried about schools’ readiness to reopen as meeting with minister, MECs postponed

Unions were meant to meet with Basic Education Minister Angie Motshekga on Thursday evening, but the meeting was chaired by the director general of basic education, Mathanzima Mweli. 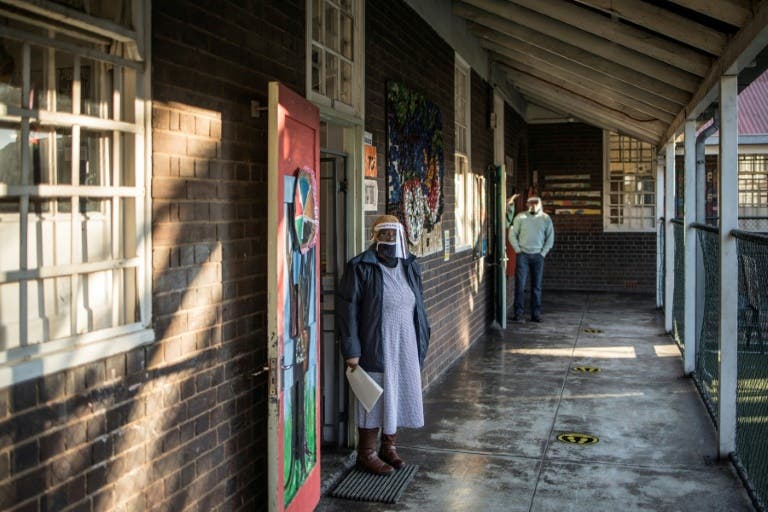 There has been controversy in South Africa over when students should return to school after the coronavirus shutdown. AFP/MARCO LONGARI

As the date of the return of pupils in Grades 7 and 12 draws nearer, education unions are still concerned that schools – especially those in rural areas – are not ready.

Pupils were supposed to return on 1 June after schools were closed since mid-March due to the Covid-19 pandemic.

On Sunday, the Department of Basic Education announced that schools would not reopen on the proposed date – instead, pupils would only return from 8 June.

The meeting with Motshekga and the education MECs and unions has been postponed to Saturday at 14:00.

The purpose of the meeting was to give unions a progress report on schools’ readiness in different provinces.

However, union representatives still have a number of concerns about rural schools’ capacity to deal with the required protocols, the long-term sustainability of the department’s plans and the safety of teachers, among other things.

PEU president Johannes Motona said while the union acknowledged Mweli’s report, it did not agree with all aspects of it.

For example, while Mweli indicated that teachers’ spirits had improved, Motona believes there is still much anxiety “on the ground”.

Motona also disagrees that all provinces are ready in terms of the decontamination and cleaning of schools. The state of schools that were vandalised during the lockdown also remains problematic.

“On Monday, learners are expected back. Things have not been done at the required speed.”

Pupil transport was another issue, Motona pointed out, and personal protective equipment (PPE) has not been delivered to all schools, and in some cases only for teachers – not pupils.

Motona said he hoped these problems would be addressed at the meeting with the minister and MECs.

Rural schools in provinces such as Limpopo, Mpumalanga and the Eastern Cape, were still receiving PPE packages “in dribs and drabs”, Motona said.

“Learners are meant to go back to school on Monday but most schools have not yet received masks for learners. There is also the issue of shortages of water tankers at most schools and the promise was that they will be delivered this week and tanks will be taken to school over the weekend and it’s only two days left – we’ll wait and see.”

There are also concerns about filling all the vacancies of teachers who have co-morbidities and of the support teachers will receive if they test positive for Covid-19.

“Progress has not been made in many areas and this still needs to be addressed. We were not consulted about the date of the opening of schools, so it’s the department’s responsibility to ensure that everything is ready – we can’t stop the tide,” Maluleke said.

“We were expecting a meeting with the minister. The purpose was to update us on the progress of Covid-19 compliance.”

Manuel said there was growing pressure to open schools for a number of reasons.

“For the department, it’s a political issue. But our schools are employers – all our schools, not just the so-called Model C schools. We estimate that there are between 100 000 and 120 000 non-teaching staff employed by governing bodies. So there is pressure because these schools are not receiving an income – many staff members including teachers are not getting paid.”

Manuel added that there is additional pressure from those who panic about the progress of matriculants.

“But does that mean that the system as a whole is ready? We are yet to be convinced.”

“While we haven’t reached that point yet, we will probably support the opening of schools if there is a plan in place to deal with those schools that are not compliant.”

According to Manuel, one of his biggest concerns is that there is no sustainability plan for Covid-19 compliance.

“What happens when the consumables run out? Is there a plan to replace them? We have to look at sustained compliance. The focus is just on getting the kids back and not on many other considerations, such as the curriculum and timetables, and psychosocial considerations.”

Manuel and Motona said they hoped that the meeting on Saturday will yield a plan of readiness.

According to Motona, the PEU hopes that each MEC will present separate plans of readiness for the different provinces.

Manuel said Naptosa’s main focus would be the sustainability of the department’s plans.

“The schools will open – come hell or high water. We can’t stop the tide of people wanting to go back to school.”

“But that rests on the head of the minister. The declaration to open schools rests there. And if schools aren’t ready and they are forced to open, she will have to answer to that,” Manuel said.

Basic education department spokesperson Elijah Mhlanga could not be reached for comment and did not respond to requests for comment sent on WhatsApp.

Limpopo principal accused of appointing his wife and two daughters as teachers
2 days ago
2 days ago
PREMIUM!

Limpopo principal accused of appointing his wife and two daughters as teachers
2 days ago
2 days ago
PREMIUM!