Limpopo parents barricade school gates during phasing in of other grades

At the core of the parents' demands were proper sanitation facilities, water and renovation of dilapidated buildings. 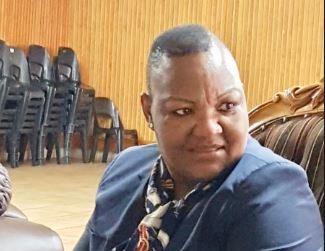 Parents at some schools in Limpopo barricaded gates on the first day of the return of pupils on Monday because of lack of preventative measures against Covid-19.

News24 received reports from various areas, especially in the deep rural areas, where some parents used the first day after lockdown to demand improved infrastructure at the schools.

At the core of the demands were proper sanitation facilities, water and renovation of dilapidated buildings.

However, Education MEC Polly Boshielo remained satisfied that there were enough health and hygiene essentials to cater for all pupils.

“Schools with water challenges received water tanks last month and there are arrangements in place with municipalities to ensure consistent supply of water and delivery of additional chemical toilets is proceeding as planned,” Boshielo said.

“… it is only when we receive weekly reports from district directors that we will get a sense of how schools have settled into this approach,” she said.

But Professional Educators Union (PEU) provincial secretary Mosadi Sekwadi said there were schools which were not supposed to have been allowed to receive pupils from other grades.

“The tanks were delivered at some schools but there is no water. As teachers, we don’t have powers to close schools,” Sekwadi said.

She gave an example of a school where 147 school boys share two toilets.

On the closure of schools by parents, Health MEC Dr Phophi Ramathuba appealed to parents to desist from placing stigma on teachers and pupils testing positive.