Classes were suspended for a week at Witbank Technical High School after black and white parents exchanged blows. 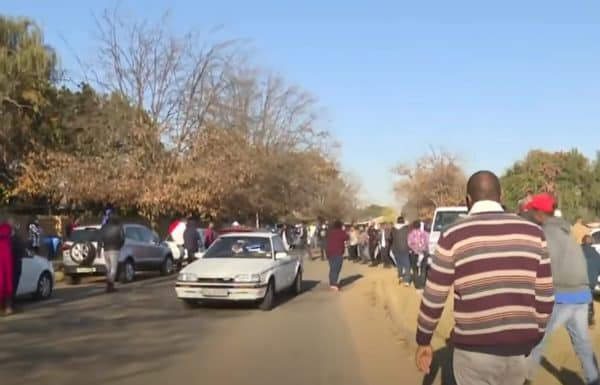 Mpumalanga Premier Refilwe Tsipane is expected on Thursday morning to visit Witbank Technical High School in eMalahleni after clashes between white and black parents this week.

Classes at the school were suspended on Monday for a week after a group of black parents held a protest outside the school calling for it to be closed due to racism.

At the centre of the protest was a fight between two black pupils and a white pupil that went viral on social media.

ALSO READ: Are black parents placing their kids in schools where they are unwanted?

It is understood parents are unhappy the two black pupils were suspended from the school while their fellow white pupil was not suspended and allowed to write mid-term exams.

[WATCH] Violence ensued outside the Witbank Technical High School in Mpumalanga between parents. Black parents are protesting after an alleged racism incident happened at the school last week Tuesday. @mwelimasilela is monitoring the story. pic.twitter.com/vvYUMz6hwQ

Black parents claimed this was not the first time the school had been racist and discriminatory.

“What we are fighting about here is the fact that most of the black students at the school have been treated unfairly by the Afrikaans teachers,” one parent told Newzroom Afrika.

A white parent told the news channel the fight was not motivated by racism and claimed the black parents were turning it into a race issue.

He said they were worried about the safety of their children and had come out to protect the school from being vandalised.

“Our schools at this moment are in a hectic state because this has been turned into a racial story. School kids fight and it was supposed to be sorted out in school,” he said.

According to the Mpumalanga provincial government, the premier will be joined by several MECs during her visit on Thursday.

They will meet with the school’s management to discuss the issues that led to black and white parents exchanging blows and the possible resumption of classes.