Minister says scientific reasons required for all decisions taken by the DBE. 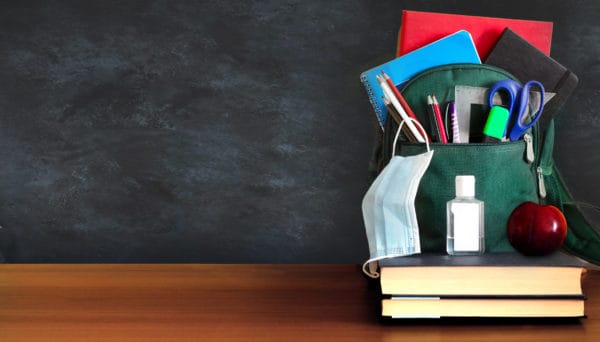 Basic Education Minister Angie Motshekga on Saturday said public schools across the country will remain open despite concerns raised over the rising number of Covid-19 cases at schools.

Briefing the media in Pretoria, Motshekga said about 100 schools have been disrupted due to outbreaks of Covid-19 infections.

She said the majority of schools that had to be closed were in Gauteng, the country’s coronavirus hotspot.

“I said earlier that doing business under Covid-19 means that one needs to also strike a balance between saving lives and livelihoods. In the case of the basic education sector, this means that we need to do all that we can to prevent a potential academic disaster,” the minister said.

The EFF had called on the Department of Basic Education (DBE) to close schools in order to protect school children and parents as well as teachers from contracting the virus. The had party threatened to take matters into its own hands if the department failed to do so.

Motshekga said the DBE believes that schools should remain open as most of the schools across the country remain fairly stable. She said the South African Police Service (SAPS) should deal with organisations that threaten to close down schools.

The minister also said her department was at all times following the advice of public health experts before making a decision on the closure of schools.

She said schools were being closed temporarily on a case-by-case basis depending on the number of reported Covid cases.

“In saying so we are not insensitive to the concerns raised about the rising infections. The position is that we continue to handle Covid-19 cases according to the differentiated strategy, on a province-by-province, school-by-school basis. While there are disruptions in the sector, the majority of our schools remain fairly stable,” Motshekga said.

Motshekga said a majority of school governing bodies and teacher unions agreed with the DBE that schools should remain open.

“We will however take guidance from structures such as the Ministerial Advisory Committee, the National Coronavirus Command Council and Cabinet on this matter as part of a wider approach in the fight against Covid.

“There has to be scientific reasons for all decisions that are taken,” she said.

On Saturday morning, the minister met with the Council of Education Ministers to consider reports from the department of health on the latest developments regarding the fight against the pandemic.

Earlier, Motshekga announced that vaccinations for schooling staff will commence next week from Wednesday 23 June until 8 July.

This will include educators, administrative and support staff as well as school governing body appointed teachers and those teachers employed by independent schools.

The government aims to vaccinate 582,000 school staff and there will be no age limitation.

Motshekga said vaccinations will be voluntary and the department of health and the DBE at provincial and district levels will link schools to identified vaccination sites.

READ NEXT: ‘Schools are the safest places for pupils,’ says Motshekga