But despite the gloomy forecast for current and future learners, Motshekga refused to brand the education repercussions of Covid-19 a crisis. 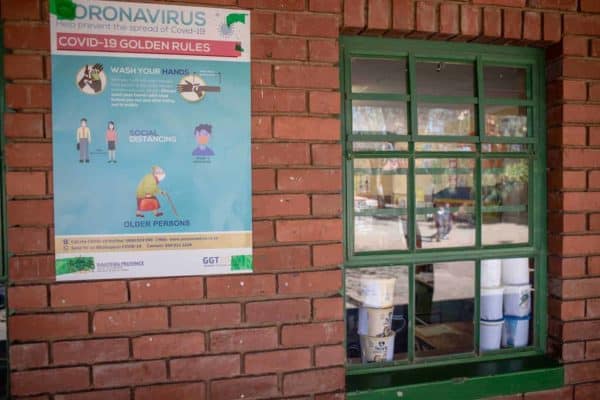 Students reflected in a class room window at the Irene Middle School in Centurion on the first day of school since schools closed as part of the level 4 lockdown regulations, 26 July 2021. Picture for illustration: Jacques Nelles

During a sobering media briefing by Department of Basic Education minister Angie Motshekga on Sunday, it was revealed that the teaching losses since the advent of the pandemic in 2020 will likely affect many learners for decades to come.

Learning has been consistently interrupted throughout last year, and intermittently affected this year. Some schools are still unable to accommodate full classes of learners, with social distancing implementation continuing to be a challenge.

Motshekga said the department was still exploring solutions, especially in light of a resurgence of infections in the Free State, Western Cape and KwaZulu-Natal.

Motskekga said it was “unfortunate” that Covid-19 hit South Africa when it did, saying the country’s education system was “stabilising”, and that a number of changes were being introduced.

She said the department had hoped it would be able to “move the system to the next level”, but instead, it now faced a reversal of gains made over the last 20 years.

It was inevitable, she continued, that learning losses would lead to “long-term adverse effects”, such as lower overall education value and lower lifetime earnings for students, especially those at foundation phase levels.

Measures were being introduced to try and catch up on lost time, but being able to get the education system back to where it should be was not likely to happen.

But despite the gloomy forecast for current and future learners, Motshekga refused to brand the education repercussions of the pandemic a crisis.

“A crisis sounds hopeless. For me it’s a challenge. This means there’s things we can do. A crisis feels like we’ve reached the end of the road.”

Gustafsson said 80% of what students should have learnt in a year has been lost due to Covid-19.

This was owed to disruptions attributed to the pandemic slowing down learning, most notably learners forgetting what was previously learned.

With no contact from teachers, learning does not happen as it should, Gustafsson continued.

The situation is even worse for the poor, with the Eastern Cape and the Free State having the most serious attendance losses.

“Poor learners are less likely to learn at home, and don’t have the facilities and/or support from parents. Middle-class parents can support learners in ways poorer communities can’t,” he explained.

He said although there were concerns about the matrics of this year, what was of even more concern was the matrics 10 years from now, “who would have suffered learning losses at a foundational phase.”

The department’s Cheryl Weston said a three-year recovery programme has been instituted at curriculum level to monitor and bolster the impact of the pandemic on teaching and learning.

Weston said the monitoring of four provinces began at the end of term two this year. Sample schools were chosen deliberately, as they were some of the lowest performing institutions.

She said although Covid-19 had impacted learning and teaching time, teachers were making good progress in covering the curriculum.

The problem was, however, that learning was suffering, despite teaching progressing better than the department expected.

Teachers were prioritising curriculum coverage, which meant the focus was on teaching. However, this meant learning suffered, and continues to slow down.

She said the findings were a “mixed bag”, but that part of the programme was instituting teachers and subject advisors to keep a record of work completed, to hand over to the next grade’s subject teacher.

This, she explained, would provide more clarity on just how much learning was being lost per grade.