The Department of Basic Education has clarified the conditions under which alcohol could be sold on school premises. 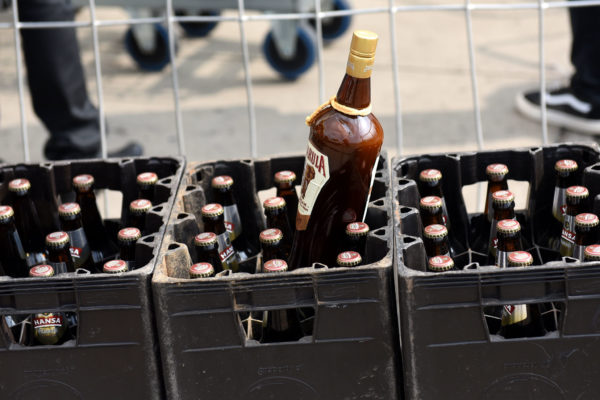 The Department of Basic Education has provided clarity regarding the proposal of selling alcohol on school premises during private functions to raise funds, following backlash over the matter.

It emerged this week that minister Angie Motshekga intended to introduce the Basic Education Laws Amendment Bill to the Parliament.

The bill seeks to “extend the provisions of the Schools Act by providing for conditions under which liquor may be possessed, consumed or sold on school promises or during school activities”.

The proposed amendments has since been criticised by the South African Democratic Teachers Union (Sadtu) and some parents.

Speaking to SAfm on Friday morning, spokesperson Elijah Mhlanga said the bill states that alcohol would only be sold on school premises during fundraising events under strict supervision.

Mhlanga dismissed suggestions that alcohol will be sold at the schools’ tuck shops.

“No alcohol will be sold or kept at any school after these events,” he said.

The department explained that the amendments was aimed at adults rather than the pupils.

“In other words the amendment seeks to regulate those schools that have a a hall, for example that they hire out for functions such as weddings, meetings and other types of functions will be allowed to serve alcohol to adult guests, not to learners.

“The regulations are clear that no learners would be allowed to buy, sell or drink alcohol and there will not be drinking in the presence of learners.

“It is for these purposes that minister is seeking to regulate the possession, consumption and sale of alcohol at schools,” the department said in a statement.

The department added it was “mischievous” to say schools will sell liquor to pupils.

“It is those guests who would have hired those venues, who would be allowed to serve liquor to their adult guests and this would not involve schools selling per se,” it further said..

While Sadtu indicated that selling alcohol at schools was a huge problem for the union, the National Professional Teachers’ Organisation of South Africa (Naptosa) has signalled its support for the bill.

“We’ve got to accept that alcohol is part of general life in South Africa and that this has been happening at schools irrespective of whether we want it to happen or not.

“What is important is that now we have a set of guidelines and regulations and there is a measure of control. Naptosa is not perturbed in fact we are happy that there are measures that can now be enforced

“I don’t think we must demonise something, if we try to demonise it, it will happen under our nose and we’ll have no control over it,” Naptosa president Basil Manuel told Newzroom Afrika.