Hard work since Grade 8 are what he credits for his five distinctions, and now that his results are out, he can finally see whether his dream of becoming a doctor can materialise. 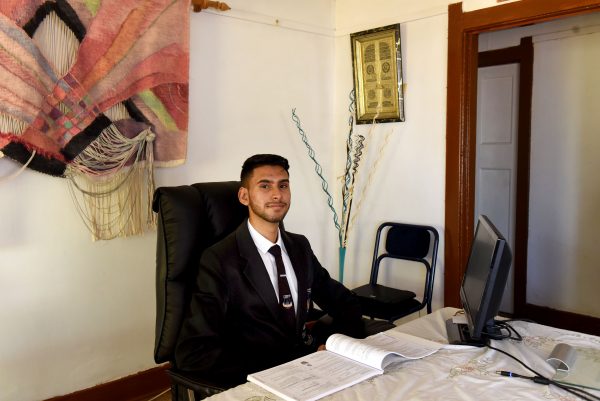 University of Johannesburg Metropolitan Academy School 2020 matriculant Ahmed Nanabhay speaks to The Citizen newspaper at his home in Johannesburg, 18 February 2021, about challenges he encountered during his final year. Picture: Nigel Sibanda

Getting into the habit of working hard, his religion and a solid support system from his parents were some of the ingredients that helped Ahmed Nanabhay become a top matriculant at the University of Johannesburg with Metropolitan Academy.

Nanabhay‚ 18‚ of Mayfair west in Johannesburg‚ got five distinctions in the matric exams.

He was one of six students at the UJ Metropolitan Academy who obtained 5 or more distinctions.

Nanabhay said that he had been working hard since grade 8 and had been a top achiever in all his grades consecutively.

“Everything that I did at Grade 8 to 12, has brought me this far and has also helped me to create a habit of learning well‚ which has contributed to why I feel confident about my results,” said Nanabhay.

Nanabhay attributed his success to his family and thanked them for the support they have showed him.

“My family’s support has been amazing. For my whole life my parents have made it clear that they support me and my education and they would do anything they could to help me.”

In addition to the hard work put into his studies‚ Nanabhay said that he spent time with his friends and played video games to blow off some steam, he believes that surrounding himself with like-minded people helped him achieve more that he hoped for.

Nanabhay also said that he has applied to various universities in hope of studying medicine and that they are all waiting for his results in order to make the final decision.

“I have applied to study medicine at various universities. Optimistically, my results will make this possible,” Nanabhay added.

When asked what prompted his choice of being a doctor, Nanabhay explained that his love for helping people was one of the reasons.

“Caring for patients is at the heart of medicine, and I see it as a great privilege to help and offer compassion to people when they are at their most vulnerable.”