Pastor Lordrick Moela of Mighty is the Lord Christian Centre in Moutse said yesterday: 'We are tired of being used like toilet paper rolls ...' PIC IS FOR ILLUSTRATIVE PURPOSES ONLY. Residents queue up to vote, 3 August 2016, in Helenvale, in Nelson Mandela bay, Port Elizabeth, during the local government elections. Picture: Alaister Russell

Residents of the volatile Moutse area in Limpopo have threatened to boycott the upcoming May 8 polls because none of their politicians appeared on ANC or Economic Freedom Fighters (EFF) candidate lists for the 2019 elections.

Moutse is a cross-border area between Mpumalanga and Limpopo. Residents want to be affiliated with Mpumalanga, accusing Limpopo of using them to win the elections, only to forget them after the polls.

Pastor Lordrick Moela of Mighty is the Lord Christian Centre in Moutse said yesterday: “We are tired of being used like toilet paper rolls …”

The community agreed to stay away from polls on May 8. “The fact that no one from Moutse appears on the lists means both the ANC and the EFF isn’t taking us serious[ly],” said Moela.

Pensioner Kgaladi Phillip claimed he was stopped from expressing his opinion during an imbizo (gathering) held in Moutse last week by ANC leaders. “I do not have a mere drop of water in my house. My pleas … always fell on deaf ears,” he told The Citizen.

Moutse has 130 000 people. The area is run by Ellias Motsoaledi local municipality with a total of 31 wards. The ANC has 42 seats, followed by the EFF with 10, the Democratic Alliance with five and Bolsheviks with three. Last week the ANC won the by-elections to replace assassinated councillor Thabang Maupa, with 68.5% of the vote, followed by the EFF on 28.9% and Azapo on 0.97%.

Acting general secretary for the Bolsheviks political party, Seun Mogotji said: “But that will mean nothing because we have started to ‘decampaign’ both the EFF and the ANC.

“We need to fall in Mpumalanga because the ANC in Limpopo doesn’t seem to care,” Mogotji said.

“We admit some services have not adequately reached certain communities but we are trying to improve lives in all communities in Limpopo,” he said.

“… branches choose whoever they feel has what it takes”, he said. 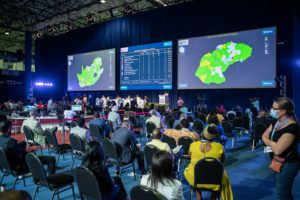 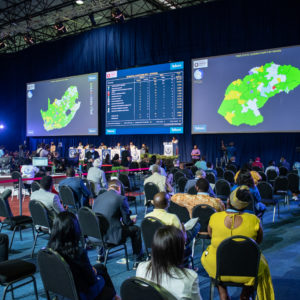