What are these elections about?

Think piece: Everyone agrees the 2019 elections will be among our most defining yet. 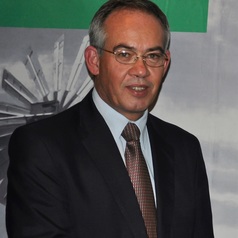 Elections are important for two reasons in democratic theory: they are about identifying who society’s public representatives will be, and provide a mandate to the majority party for it to govern.

In more general terms, it is the most legitimate form of distributing political power in society.

In more practical terms, how can elections be used by parties to reach that point?

Elections are not used by all parties in the same way and each party has its own reason for why it participates in an election.

In South Africa, we see that the election cycle is going through several phases and each of them represents a specific aspect of an election.

The first phase is the parties’ announcement of their election manifestos.

It is normally one of the biggest events for a party and focuses on its policy proposals, and its record in government or opposition. It therefore amounts to their claim why they should be supported by the voters, why they are more appropriate than other parties and why they should be the next government.

The next phase is the nomination of their candidates.

South Africa’s electoral system of proportional representation based on fixed party lists means that parties play an essential role in the nomination process.

Parties have their own internal processes to conduct these nominations. While the ANC’s nominations originate from their branches, the DA allows for potential candidates to apply and be interrogated in a selection process.

Nomination processes are one of the most complex stages in the election, because it has to combine national with provincial interests, accommodate gender and generational considerations, include the necessary experience and expertise and also balance the different political factors in the party.

Television debates hosted by SABC and eNCA in the provinces provide the opportunity for the bigger parties to present their views in a formalised format and mediated by external hosts. Campaigning also includes the use of billboards in the big centres (think for example about the DA’s billboard that the ANC is “killing us”), radio adverts and social media.

Campaigning has become exceptionally expensive and smaller parties in particular have to be creative in conducting their campaigns with small budgets. Social media is therefore becoming increasingly attractive.

Ideally speaking, campaigning should concentrate in the first instance on the parties’ various policy proposals.

In South Africa in the past, election campaigns have not always been about policies but about the party leaders and emotive issues, such as the “toilet election” of 2011 or the Marikana massacre.

At the moment, issues that dominate the election campaign are corruption, Eskom and personalities. Think about the controversy of the ANC’s candidates’ list that has been referred to its Integrity Committee, or how the DA tries to exploit President Cyril Ramaphosa’s involvement with Bosasa.

The EFF has made land and jobs its lodestar. However, so far the emotions about expropriation of land without compensation have not yet dominated the campaign agenda.

Parties such as the DA, IFP and the Freedom Front Plus are trying very hard at the moment to use their participation in governing coalitions or as local government parties to present themselves as alternatives to the ANC.

They concentrate on service delivery problems, corruption in government and infrastructural deficiencies as motivations for why they should be considered.

The 2019 general election is understood by most of us as a highly significant election – but why?

Different answers are likely. One response is that the election will be a test of Ramaphosa’s popularity in relation to the ANC’s decline since 2004 and the Zuma legacy.

Dirk Kotzé is professor of political science at the Department of Political Sciences, Unisa